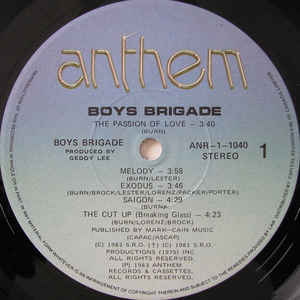 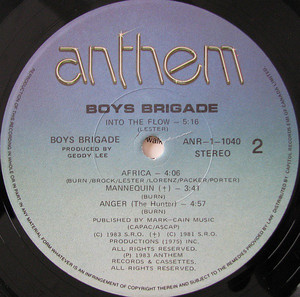 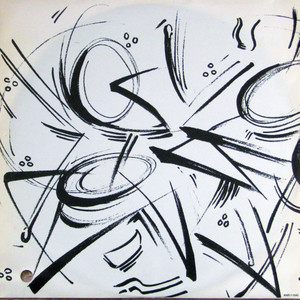 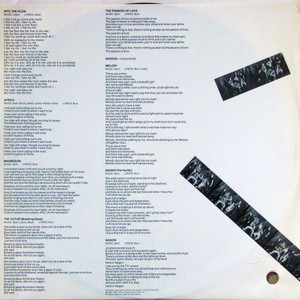 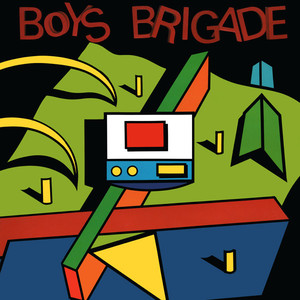 Boys Brigade was a Canadian new wave band formed in 1981 in Toronto. The band consisted of vocalist and keyboardist Malcolm Burn, guitarist and vocalist Tony Lester, bass guitarist Wayne Lorenz, drummer Billie Brock and percussionists and backup vocalists David Porter and Jeff Packer. The nucleus of Boys Brigade grew out of Toronto punk band, Arson, which broke up when lead singer and songwriter Rude Van Steenes quit in 1981. Boys Brigade was originally booked by Raymond Perkins (Roots, Demics). The band played an eclectic collection of venues in Toronto, many of which were not known for live music at the time, including the now popular Rex Hotel and the more famous Drake Hotel.

Part of the Queen Street West scene, the band's song "Mannequin" appeared on Q107's annual compilation album of local bands, Homegrown, in 1981. Howard Ungerleider, the lighting designer for Rush, signed a management agreement with the band that year, that was later signed over to Ray Danniels' SRO. Geddy Lee was enlisted to produce the band's self-titled debut album in 1983. Engineered by Nick Blagona (Rolling Stones), the sessions were stretched over six months, to accommodate Geddy's touring schedules.

The band's first single from that album, "The Passion of Love", was moderately successful. "Melody", the follow-up single, was a Top 40 hit in Canada, and "bubbled under" on Billboard's US charts, peaking at No. 104. "Into the Flow" appeared on the soundtrack to the Canadian film Heavenly Bodies starring Cynthia Dale the following year.

An exceptional live performance of the band for the King Biscuit Flower Hour can be heard on Wolfgang's Vault.

However, internal tensions led the band to break up before releasing another album. Burn went on to a solo career, and is a Grammy Award winning record producer.[3] Tones has written and produced six independent CDs to date. The first of his solo work was released in January 2006.