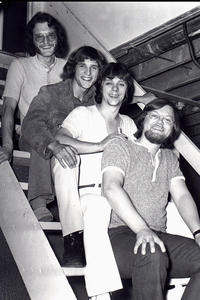 Borealis on a ladder 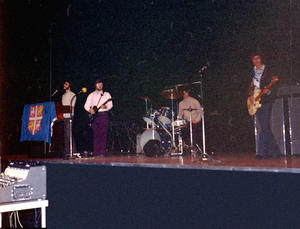 The stage shot is at the St. John's Arts & Culture Centre 1973. We were the opening act for The Poppy Family at that time. 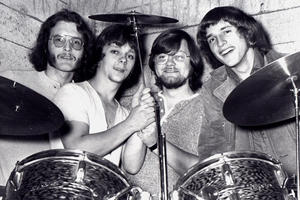 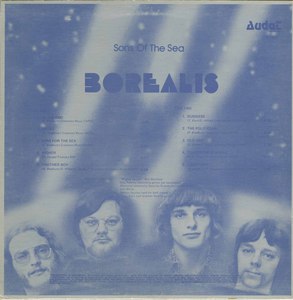 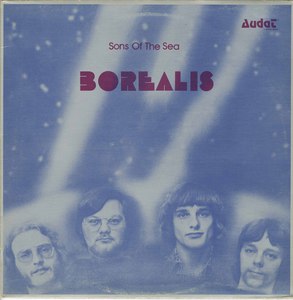 Borealis recorded the album ‘Sons of the Sea’ at MUN Radio in St’ John’s, Newfoundland. It was the first rock album to be recorded in the Atlantic Provinces and the first all-original material by any Newfoundland group. There were likely only 500 copies of this album pressed.

The album features some great keyboards and great guitar riffs throughout, with hints of fuzz guitar, psych and garage – all in all an outstanding listen start to finish.

The album “Sons of the Sea’ was re-issued on Void Records VOID 23 on blue marble wax in 2001 and again on CD on Beatball Merry-Go-Round Records BMRC 0004.

The second photo below is a live Borealis stage shot taken at the St. John's Arts & Culture Centre in 1973. Borealis were the opening act for The Poppy Family at that time.