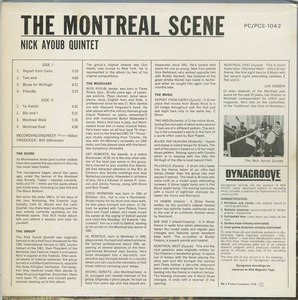 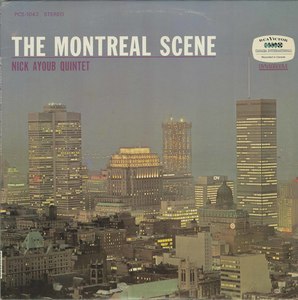 Ayoub began his professional career in 1943, soon playing tenor saxophone in the dance or jazz bands of Johnny Holmes, Maynard Ferguson, the saxophonist Freddie Nichols, and the trombonist Jiro 'Butch' Watanabe. Though a leading studio musician in Montreal by the early 1950s, and occasionally an oboist (and less frequently a saxophonist) with the MSO, he remained active in jazz. An Ayoub quintet performed at the 1963 Montreal Jazz Festival and other Ayoub bands (usually with trumpeter Alan Penfold and pianist Art Roberts) appeared in Montreal clubs, in concert and on various CBC radio jazz programs through the 1970s. His jazz work was more sporadic thereafter - eg, at the 1988 FIJM with Skip Bey (bass) and Nelson Symonds (guitar).