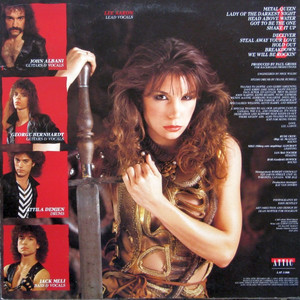 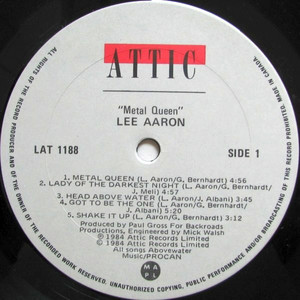 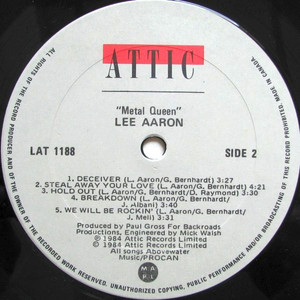 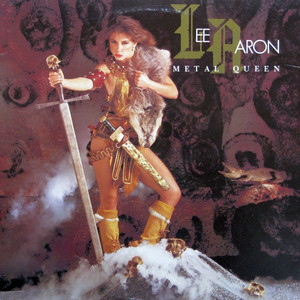 Metal Queen is the second studio album by Canadian rock singer Lee Aaron, released on February 24, 1984. The title track, punctuated by a triumphant chorus and Aaron's Janis Joplin-like delivery, is a declaration of female empowerment. The project's second single, "Shake It Up," combines the slick pop production of the 1980's with roaring guitars and Aaron's powerful vocals, aligning her sound with that of Bon Jovi, Scorpions, Whitesnake, and other anthemic hair metal acts.

The song ‘Metal Queen’ was inspired by a scene from animated fantasy movie Heavy Metal, in which a female protagonist responds to sexual harassment with extreme – male – violence. Aaron’s point – specifically – was to show the stereotypes of male strength and feminine weakness are as much social conditioning as biological reality. Lee says: “The song was never meant to be autobiographical. It was an era where women were objectified, especially in hard rock music. I’d hoped it would empower women.”

‘Metal Queen’ wasn’t the best song from that recording session, and would have been a deep track on the album, but for her record label and manager. From the ‘old school’ of record-industry, they latched onto the track as a breakthrough image-maker, completely ignoring its metaphorical subtext in the process. They convinced Lee to pose in the famous shot – fur loin-cloth, wild tousled hair, and the sword – for the album cover, and a video for the song. Lee, barely out of her teens and unaware of the ramifications of such an approach, agreed.

Lee Aaron as ‘Metal Queen’ clicked; big time. And with it came some seemingly unshakeable assumptions – Lee Aaron is a heavy-metal diva. A Jagermeister-drinking, hard-partying, sexy rocker chick. Music video had emerged as the hot new medium, and the song’s video quickly became a coming-of-age fantasy for teenage boys everywhere.

From a statement of female empowerment, to objectification as a metal sex kitten – a complete reverse of her artistic intentions.