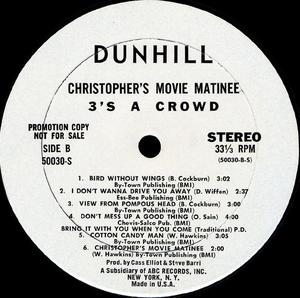 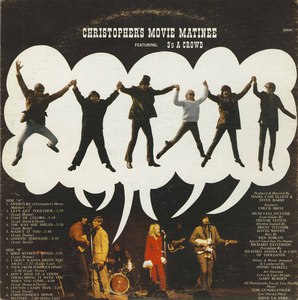 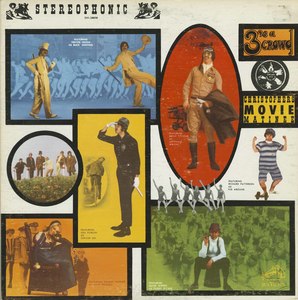 3's a Crowd was a folk rock band from Vancouver, British Columbia, Canada, that existed from 1964 to 1969. The group is particularly notable for its association with Cass Elliott, who co-produced the group's sole album release. The album remains one of Elliott's rare associations as a record producer.

The group was formed in 1964, and was originally called the Bill Schwartz Quartet (though no one named Bill Schwartz was actually in the group.) The group consisted of Donna Warner, Trevor Veitch and Brent Titcomb. In 1966, the group moved to Toronto, released two singles, and acquired new members Richard Patterson, David Wiffen and Comrie Smith. Smith was later replaced by Ken Koblun. In 1967 and 1968, 3's a Crowd played the folk music clubs in Southern California, including the Ash Grove in West Hollywood and the Ice House in Glendale, sometimes bringing Jim and Jean as an opening act.

In 1968, they recorded Christopher's Movie Matinee, their only album. The band broke up shortly after its release. The album was produced by Cass Elliot and Steve Barri. Bruce Cockburn, who briefly joined a later version of the group, does not perform on the album, though four of his songs are included. Donna Warner was the primary singer, but other band members, particularly David Wiffen and Brent Titcomb, also sang lead. They did a slow, military rendition of "(Let's) Get Together" by Chet Powers, and had a minor hit with their own song "Bird Without Wings". A signature tune at their concerts was their song "Wasn't It You". Of note is the presence on the record of Ken Koblun, Canadian bass player, associate of Neil Young during his early career and sometime bass player with Buffalo Springfield. Koblun had chosen to join 3's a Crowd rather than continue with an early version of the Buffalo Springfield.

A related documentary, Christopher's Movie Matinee, under the sponsorship of the National Film Board of Canada, was released in 1968,using some of the same songs and some of the same musicians. The film is about 1960s Canadian counterculture.

The band reformed briefly in 1969, and appeared on a Canadian variety television program entitled "One More Time". By this point, however, none of the three original members remained in the group; the lineup consisted of Bruce Cockburn, Richard Patterson, David Wiffen, Colleen Peterson, Sandy Crawley and Dennis Pendrith. Cockburn soon left to pursue his solo career, and the group disbanded permanently in 1969. Since then, Bruce Cockburn has had significant success as a solo act, as did Colleen Peterson and, for a time, David Wiffen. Sandy Crawley and Brent Titcomb also developed solo careers, while Richard Patterson, Dennis Pendrith and Trevor Veitch continued their careers as accompanists for many years after the breakup of the group. Donna Warner did not continue her music career after her departure from the group. Comrie Smith's subsequent involvement as a professional musician does not appear to have been documented, although he was quoted extensively by "Mojo" magazine in a feature article about the release of Neil Young's "Archives" CD boxed set - because Smith had backed Young on some of the early recordings. (Young's associations with the group create their own fascinating web, what with both Smith and Koblun playing with him in his early days, and Donna Warner having sung with him in Toronto.)