Saltwater Cowboy" conjures up an image that is definitely B.C., maybe the jangling of spurs as stray bull kelp are lassoed into submission.

Joking aside, it is the nickname of Saltspring Island country singer-songwriter Alan Moberg, as well as the title of his first album.

Moberg — an award-winning storyteller who also delves into gospel, folk and roots — has been performing B.C.-infused music since 1970. His last album, Christmas on the Island, came out three years ago.

"I do landscape gardening here on Saltspring, and I combine that with singing for my community whenever things come up — I just sang at New Year's, at a memorial on Saturday and at a concert for the BC Cowboy Heritage Society in 100 Mile House."

As he lists other upcoming appearances at the Kamloops Cowboy Festival and the Williams Lake Stampede's 90th anniversary, his connection with the province's pioneering past is evident.

"I wrote a song called 'Williams Lake Stampede' way back in 1970. I guess I'm now part of the history," Moberg says.

Born in Pender Harbour on the Sunshine Coast and with a fisherman for a father, he says he is tied to the ocean.

Expecting such a lad to have good sea legs is one thing, but how did he find his country music feet?

"When I was a kid we lived in North Vancouver for a while and in 1946 the top radio station was CKNW. In those days, they played what was called cowboy or Western music. They also played settler's sacred music. It was the first music I ever heard, other than my mother listening to Paul Robson," Moberg says.

It never left him. He learned to play the guitar as a teen and started writing.

His first song was called 'Walk in His Moccasins.' Its release coincided with a three-day walk by non-status native groups at that time from Vancouver to Hope in 1970. It was his first hit.

And in 1974, 3,000 copies of Moberg's album Dogwood Country were purchased by the provincial government and used to promoted for B.C.

Indigenous issues remain important to him.

"I was spurred to write my most recent song because of a push on Saltspring to get an islet back that is a First Nations burial ground," Moberg says.

"A wealthy man bought it and many in the community pushed to get it back. I was asked to write a song called 'Don't Build Your House on My Bones.' And the effort was successful."

Walk In His Moccasins

Walk In His Moccasins

Song for the Life

Live at the Dell Lounge 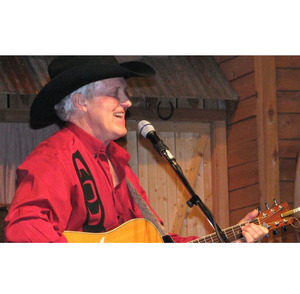