I'm Sufferin' b/w (I Wish) In the Moonlight 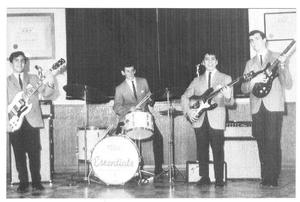