Mademoiselle Gisèle Laflèche was born in Winnipeg in 1927. Her career was at its height in the 1950s, and she was the predominant Canadian female vocalist of her generation. In the mid-1940s, she used only her first name on the CBC radio show Meet Gisèle. Her first professional recordings were made for the Dominion label in 1949. She used MacKenzie, her father's second given name, when she left to pursue a career in the US in 1950, and settled permanently in Los Angeles. Though not primarily a jazz vocalist, she began her career in the mid-1940s with the dance band of Bob Shuttleworth (her first husband) and later occasionally appeared on radio broadcasts with the big bands of the era, including Bob Crosby, Artie Shaw, and Les Brown. When Gisele left Canada for the US, she lived in California from 1951-1953. From 1953-1957 she lived in New York City, during her four years on “Your Hit Parade,” and sharing the spotlight with friend and compatriot Dorothy Collins. She scored a hit in 1955 with the song “Hard to Get.” She returned to California in 1957 and resided there for the rest of her life. While living in Encino, she served as a one-term honorary mayor of the city.

Gisele was very active in the 1960's and afterward. Besides having two children, she continued to guest star on TV Shows of Dean Martin, Perry Como Show, Jack Parr, Jack Benny, Dinah Shore and every major TV variety show, plus a few of the big drama and comedy shows. During the 1960's and 1970's she was a frequent panelist on TV game shows, and starred in just about every major concert hall and club in the US. She continued to record, and became a major star of theatrical performances throughout the US, including The King and I, The Sound of Music and Hello Dolly. She held box office records for several theatres around the US. Gisele continued to perform throughout the years right up until her passing. Not long before she died, she sold out a week of concerts at Atlantic City's Resorts International Hotel, and appeared at a tribute to Jack Benny a few months before her death in 2003. Gisele recorded for a variety of labels: Dominion, Musicana, Capitol, Everest, Mercury, RCA Victor (and its subsidiary labels Camden and Vik).
-James R. Stewart

with Axel Stordahl & his Orchestra

In Person At The Empire Room, Waldorf Astoria

Jingle Bells b/w Too Fat For the Chimney 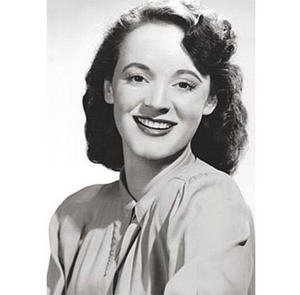