MacCaull has been singing since he was 15 years old. He performed with the group Blue Diamonds in Ontario before moving back to his beloved Prince Edward Island. He has a recording studio in Ellerslie where he works with local musicians and songwriters. He writes and records his own compositions, the most noteworthy one being “The Shores of PEI”. MacCaull became well known across the Island during his 10 years on Community Showcase on cable 10 television. This versatile gentleman plays guitar, mandolin, fiddle, bass, keyboards, banjo and percussion. His daughter Sandra performs with him as does Blair and Cheryl Doucette.

This Mighty and Wicked Land

This Mighty and Wicked Land

Ballad of the Hotel Waitress

When the Sun Goes Down 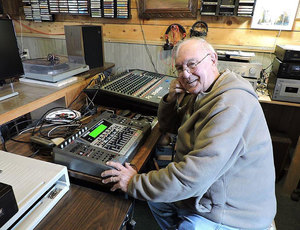