Headed for a career as an English professor in the mid 1960’s, John Lyle was ‘broadsided’ by Bob Dylan and The Beatles. His degree went out the window, and so did he, playing in a series of bands and then performing on Canadian network television and radio as a solo act. He was also signed to two record labels during this era, but realized that because of his highly sensitive nature he was not cut out for the performing life. John returned to his home in the Vancouver area, and devoted himself to his family, supporting them with a career that may have been more dangerous than the perfomance stage. He became a postman.

John Lyle’s wonderful body of work is evidence of a life lived on the streets and in the home, filled with all the love and loss and joy and despair that are part and parcel of being alive. The songs are vital, not written to imitate a commercial trend or to fulfil a contract, but to reflect the intensity of experience and to remain sane.

'John's songs are amazing!' Frazee Ford (The Be Good Tanyas).
'We love John Lyle. We listen to him all the time.' The Sumner Brothers
'There's lots of nice stuff on there!' Paul Rodgers (Bad Company; Free; Queen)
‘Magnificent!’ Robert Altman
John Lyle will take you gently to your safe place, and then sneak up on you with a song as uncompromisingly ferocious as a grizzly in a maternity ward.’ Dennis Albo, in his reality novel ‘One Bullet Left'
'The James Joyce of folk.' Heywood Banks
'Super passionate stuff!' Mark Smith.

Too Late to Panic

Down The Road And Far Away 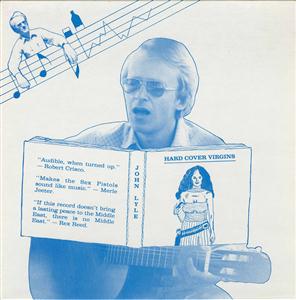