King (Ameen Sied) Ganam. Fiddler, composer, b Swift Current, Sask, of Syrian-English parents, 9 Aug 1914, d Carlsbad, California, 26 Apr 1994. At first taught by oldtime fiddlers in his hometown, Ganam played for dances at nine and on CHWC radio, Regina, at 13. Later, his formal teachers were W. Knight Wilson, Jack Thornicroft, and Gregori Garbovitsky. With the Sons of the West, a country band he formed in 1942 in Edmonton, Ganam performed on CBC radio's 'Alberta Ranch House,' and together they won the 1950 World Open Western Band Competition in Vancouver. This led immediately to a recording contract with RCA Victor, and to Ganam's nickname "Canada's King of the Fiddle." Ganam and his band toured Canada, and after moving in 1952 to Toronto, they appeared at Casa Loma and became regular performers on CBC TV's Holiday Ranch. He starred 1954-5 on his own CBC radio show, and 1956-9 on CBC TV's Country Hoedown with Gordie Tapp and a studio version of the Sons of the West, including Tommy Hunter. Ganam then starred in 1961 on CTV's The King Ganam Show. Though he moved to California in 1962, he returned frequently throughout the 1960s to perform in Canada. Ganam recorded many of his own western-swing tunes, such as reels and polkas. His first recordings (from the early 1950s) were issued under RCA's Bluebird label, and four Ganam LPs were released by RCA Camden.

Some of his tunes were published in King Ganam's Jigs and Reels (BMI Canada 1956). Ganam was one of the original inductees to the Canadian Country Music Hall of Fame in 1989. In 1990, he received the Saskatchewan Country Music Association Legend and Legacy Award.

Teenage Love is a Losing Game // I Don't Care

Island Breakdown // Forever In My Heart

King of the Fiddle

King of the Fiddle

Teenage Love is a Losing Game // I Don't Care

Island Breakdown // Forever In My Heart 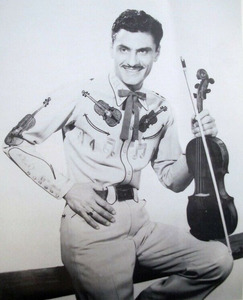 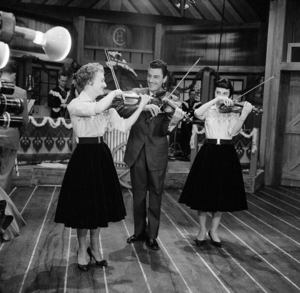 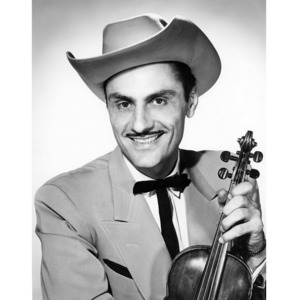