John Charles Visser (Indian Jack) was born in the foothills ranching country of Calgary, Alberta on August 14th, 1929. Jack was educated and lived in Moo-hg-kin-stiss (Calgary) most of his life. During his high school vacation, Jack was employed as a roughneck on "wild-cat" oil drilling rigs. While travelling through western Canada, the Yukon, and Alaska, he came into contact with natve Indians of many different tribes and nations. He studied the Blackfoot language in university night classes but was never able to make it with an 'ne-gee-ta-be-ah-ke', probably because he was an elderly napi-go-wex. 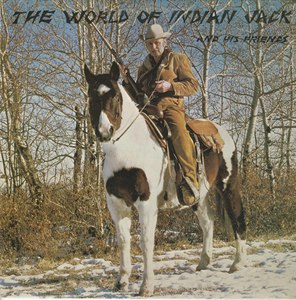