Named after Batman’s sidekick by his older brother, Robin Masyk (aka Handsome Ned) was born on June 4, 1957. After a childhood spent on Canadian Air Force bases in Europe and an adolescence spent hitchhiking across the U.S. and Canada, Robin Masyk made his way to Toronto in 1976. Along with some friends, Masyk and his brother started a rockabilly band that came to be known as the Sidewinders. In 1981, Handsome Ned adopted the stage name Ned Lee for his first solo show. He later changed it to Handsome Ned because it was, in his words, a “cornball country moniker.”

A mainstay of the early-’80s Queen Street scene in Toronto, Handsome Ned bucked the trends, playing country music without a trace of irony. In 1982, he began an almost five-year run of weekly shows at the Cameron House. That same year, Ned began a series of college radio appearances which led to his own show called The Honky Tonk Hardwood Floor Show. Handsome Ned managed to release a handful of singles between 1983 and 1986, first with the Sidewinders, then with his own band, the Handsome Neds (later re-christened the New Neds). He was also the subject of a 1985 documentary called The Ballad of Handsome Ned. While his professional career seemed to be gaining momentum, Handsome Ned struggled in his personal life with heroin addiction.

On January 10, 1987 (what was to be his fifth anniversary show at the Cameron House), Handsome Ned died of a suspected heroin overdose. His band had been scheduled to begin work on his debut album the following week. While his recorded output during his lifetime was relatively small, his influence on such bands as Blue Rodeo, the Skydiggers, Lost Dakotas, and the Sadies is incalculable. A posthumous release called The Ballad of Handsome Ned was issued in 1987. In 2000, EMI Canada released The Name is Ned, a two-CD anthology of the recordings made by Handsome Ned in his short lifetime.
-Robert Kaups, Rovi

Live At The Horseshoe

Live At The Horseshoe

In Spite of the Danger (picture sleeve) 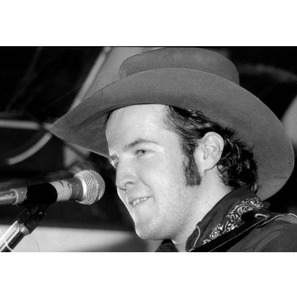