Myles Goodwyn’s voice is as distinctive and immediately recognizable as his song writing skills are prolific. Myles and the other members of April Wine were inducted into the Canadian Music Hall Of Fame in 2010.

Goodwyn received the prestigious East Coast Music Lifetime Achievement Award in 2008 and the SOCAN National Achievement Award in 2002. In 2016 he released his memoir named, Just Between You and Me, which became an instant best seller on the Globe and Mail`s Non-Fiction List. His second book, Elvis and Tiger (fiction) was published in 2018 and was also very well received.

Myles continues to record and perform in with April Wine in 2022. He also performs live with his acoustic trio which includes himself, Jim Henman and Bruce Dixon.

Singer, guitarist, writer, producer and leader of the band, Myles’ passion and drive shaped and directed the group from its earliest beginnings. He is the only remaining original member of the group since the inception of April Wine in 1969.

Myles grew up poor and is the classic “small town kid makes good” success story. As a young teen, Myles honed his skills, playing in bands such as East Gate Sanctuary and Woody’s Termites.

From the very beginning, Myles plotted the course of the band. His unique, but classic rock voice gives April Wine a distinct and immediately recognizable sound. Ranging from hard rock classics to soulful ballads, his vocal range and style can really grab a hold of you. His songwriting skills are prolific. He has penned virtually every April Wine song. He has a knack with words and seems to have an ability to write a catchy tune at will.

Through the ups and downs and changing faces of the band, the one thing that has remained constant is Myles Goodwyn. Even today and with their latest release and shift in direction, his voice is as strong and apparent as ever.

Now in its fourth decade, April Wine continues to charge ahead as one of Canada’s very best rock bands. And as far as rock history goes, Myles Goodwyn is already a living legend (especially in the annals of Canadian rock history), being known as one of the all time greats.

Myles Francis Goodwyn (born Miles Francis Goodwin on June 23, 1948) is a Canadian musician, singer-songwriter and record producer. He is the only original and longest serving member of the Canadian rock band April Wine. Goodwyn has led the band from its formation and modest garage band roots to multi-platinum sales and peak. Remaining the band's lead vocalist and guitarist.

Following the band's peak years during the 1970s and early '80s, Goodwyn disbanded April Wine and pursued a solo career. After a brief relocation to the Bahamas, Goodwyn returned to Canada and reformed April Wine in 1992. He continues to lead the band to the present day.

In 2002, Goodwyn was the recipient of the National Achievement Award at the annual SOCAN Awards held in Toronto.

In January 2003 Goodwyn received an ECMA Lifetime Achievement Award for his impact on the music industry of Atlantic Canada.

In March 2008, Goodwyn stated in an interview that he had been back in the studio recording his second solo effort Myles Goodwyn & Friends of the Blues. This will be an all-blues album featuring guest performers such as Amos Garrett, David Wilcox, Frank Marino, Kenny "Blues Boss" Wayne, and Rick Derringer.

In 2016, his autobiography, Just Between You and Me, was released.

In 2018, his second solo album Myles Goodwyn and Friends of the Blues was released.

And Friends Of The Blues

Friends Of The Blues 2 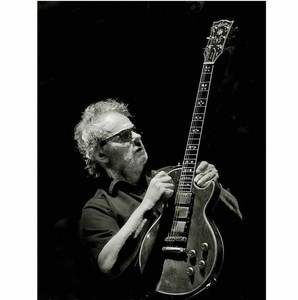