It’s Winnipeg, Manitoba, 1968. Expedition to Earth, a band of prairie brothers with rock in their veins and a shredding guitar sound set two songs down onto a 45” single. The A-side is their eponymously named calling-card song, the B-side an equally impressive number called “Time Time Time”, both written by band leader Danny Norton. The single connected with small town Canadian crowds from Portage La Prairie, MB to Sioux Lookout, ON, who found a distinct pride in calling home-grown talent like Expedition to Earth their own. A spat with an agent cuts this leg of the odyssey short. A full album never materializes, and Expedition to Earth splinters, turning to cosmic dust blown apart by the prairie winds.

It’s the global village of the internet, 2016. Norton’s wife, maybe on a hunch, maybe out of boredom, discovers an original edition, orange labeled copy of Expedition To Earth’s only single sells in an online auction for over $800. The next time a similar copy of the single hits the eBay listings, it goes for over $1000. Time time time catches up with Norton, and the journey resumes, this time under the name Expedition Back to Earth.

“I have no delusions about being a rock star,” Norton said when talking to the CBC about returning to the studio to make a new record due out later this fall. “I don’t want to be. I never did. I just have some stories and if people are interested then — fine.” That his story started some 48 years ago, and is now moving into its second chapter suggests that Expedition to Earth’s narrative is far from being over. Like the ethereal female voice presciently whispers at the end of “Expedition to Earth”, “Examine your past and know your future.”
-Jim Di Gioia

Winnipeg band Expedition to Earth released a rarely-heard 45 on the Franklin label in 1968. The eponymous A-side features a buzzing fuzz sound on the guitar and a phased ending with the whispered line “examine your past and know your future”. The flip, “Time Time Time” is even more compelling, with an unusual descending melody that segues into a very intense section with the lyrics ”Cause time is all that I have / and all I want from life / is a girl to open wide / the doors to paradise”, and ends with a nearly minute-long crashing freakout!

Dan Norton, lead guitarist and song writer for Expedition to Earth, spoke to me at length about the band and provided the photos for this article:

My musical history started at age four taking classical piano lessons in a small town in southern Manitoba called Crystal City. This continued until age 14 then I ran out of teachers. I got my first guitar at age 14 for Christmas. The year was 1961. I immediately ordered a crystal pick-up from a catalogue and proceeded to build my own amp out of an old tube radio.

A friend of mine, LLoyd McTaggert, and I thought we should form a band with the result of my first band named the Chromatics with Dave Anderson on bass and LLoyd McBurney on drums. This band evolved over the next few years into the Fanthoms (Pilot Mound). Various members included Bob Werry (vocals), Ron McTaggert (bass), George L. Patterson (C-sax), Elgin Schram (bass), Bob Leslie (drums). We used to play local school dances known as “sock hops” and “barnstorm” meaning we would rent a hall and charge admission. Usually 75 cents.

In 1966 I moved to Winnipeg and through an ad in the paper met Dave Mitchell. A friendship formed then lasts to this day. We tried with limited success to start a band. The timing wasn’t right, but through these efforts we did meet some interesting people.

Bernie started the Expedition with Brian Levin and then added Dave. Their manager at that time was Ted Carroll and he suggested that they should add another guitar player. I was invited to join the group. After intensive rehearsals we contacted an agent in Winnipeg to find us some gigs. This turned out to be very fortuitous for us as it was Frank Weiner of the Hungry I Agencies. He had started the Franklin label for recording.

I wrote two songs then and we headed off to CKRC radio station to record them. At this time Frank suggested that he knew of a female singer that had just left her band (The Feminine Touch) and would be interested in joining us. This was, of course, Gail Bowen. She joined the group at the tail end of the recording session and added the whispering voice at the end of “Expedition to Earth”. Frank then sent the master tape to Montreal to have the new effect known as fuzz added to the guitar work and the phasing [to the end of “Expedition to Earth”].

The record was then published by a new publishing company called Sabalora Publishing. This started a decades long friendship with Lorne Saifer. The record did reach #9 in New Glasgow, NS one step ahead of Hey Jude by the Beatles.

The total system that I used back then was: ’65 Mosrite guitar fed through an altered “Y” cord to 2 seperate amplifiers and a new invention of Gar Gillies called a HERZOG. I believe Randy Bachman was also using this device. It was a pre-amp and provided the fuzz overdrive sound that we used on stage shows. The two amps were a Garnet Pro Series with two bottoms and a Fender Super Reverb using 3-10″ speakers and an 8″ horn. The pro bottoms each had 2-12″ speakers. Using an extra guitar tuned to respond to harmonics gave me the ability to reproduce just about any sound effects we needed. The second guitar was set on a stand in front of the amps. With this set-up I never needed a fuzz buster, wah-wah pedal or foot switch.

Other songs were written for the group but never recorded. The band was generally happy with the record but felt we could do better. The songs definitely formed part of our live performances. Cover tunes in the play list included: Sky Pilot (album version) White Rabbit, Magic Carpet Ride, Soul Man, Jumpin Jack Flash, Swalbr, It’s Alright, Monterey, Born to be Wild, Hold on I’m Comin’, and Norweigan Wood.

The Expedition to Earth was predominately a touring band, however we did play a place called Jay’s Disco on Smith Street, various schools and community centers in Winnipeg. We toured extensively in and around the Yorkton, Sask. area including Canora, Togo, Priestville and Langenberg. We also toured in Northern Ontario, Kenora to Sioux Lookout. Manitoba dates were covered by playing in the Roblin – Russell area, Brandon and Pilot Mound.

As far as memorable shows, most of them were but for different reasons. Three shows come to mind:

Anytime we played Jay’s Disco was exciting because of the elevated wing stages that allowed me the freedom to wander.

Canora, Saskatchewan when we played to an over-soldout crowd. The hall would hold 300 people and I think there was 600+ paid admissions. We finished our set and you could have heard a pin drop. I actually heard my pick hit the stage. It was the longest 15 seconds of my life. Seemed more like 15 years. Then one person started clapping, then two, then the roof came down. Very unnerving but extreme rush.

Pilot Mound, MB: It was just after the record had been released and was getting airplay and it was like going home to my roots where it all started. It felt good to justify the faith that my friends had in me when I was starting out.

The music scene in Winnipeg at that time was so alive you could taste it. There were so many talented musicians it was incredible. The legacy that was created then is still alive with the second generation picking up where we left off.

Some of the bands from back then: The Mongrels, with my friend Duncan Wilson, The Devrons, with Ron Savoie, The Quid, Blakewood Castle, Justin Tyme, The Shags, The Shondells, Logan Comfort Station, The Gettysberg Address, Sugar and Spice, The Eternals (members of this group went on to found Century 21 Recording Studios), The Vaqueros, The Canadian Downbeats, and of course the power group The Guess Who. There were many more to add to this list.

Getting back to The Expedition. Bernie was the first to leave the group and was replaced by a singer from Edmonton, Gerry Dayle. The group still under the management of Ted Carroll then decided to move our base to Edmonton. We played in Moosejaw Sask and Prince Albert Sask. on the way there.

Once there Gerry decided to change the name of the group and the musical direction to blend in with the Edmonton scene. I disagreed with the decision and returned to Winnipeg to form a band called Seventh House. This band comprised of three singers: Cheri-Lyn Nathanson, Susan Brown and Fred Peterson backed by four musicians, integrating ascending and descending harmonies to get a chorale effect on some of the songs utilizing all the vocalists in the band. A couple of the cover tunes of the live show were Piece of my Heart and Think.

It was the first group to record at the brand new facility Century 21 Recording Studios, getting in there before the doors were officially opened. The master tape from that session was given to me by John Hildebrand when they shut down the studio at the end. I still have that session of unreleased material on a 16 track 1/2″ tape. The group was folded in spite of having a USO tour booked.

After that came a four-piece group known as McFadden. It gained a certain amount of local fame as a club act. The next group was Madd Hatter. This group lasted until the mid-80s.

The last gig I played was in Grand Forks, BC on Dec 5, 2009 for the folks down at Home Hardware Building Center. This particular gig was memorable to me because it marked the first time in 40 years that I had the pleasure of performing on stage with Brian Levin of the Expedition to Earth. We were joined by Miles Bayley of Grand Forks on bass. The multi-talented Brian played drums. The original Expedition to Earth have talked about a reunion. [There may be] one concert in the summer here in Grand Forks.
-Dan Norton 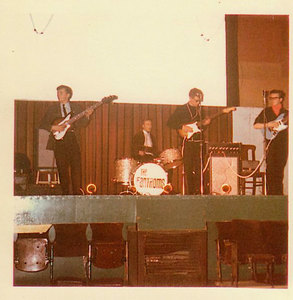 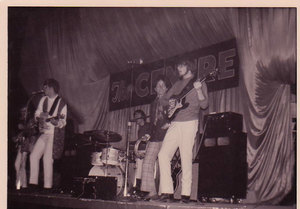 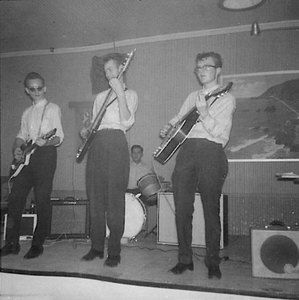 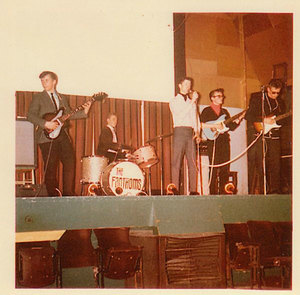 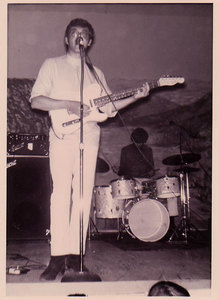 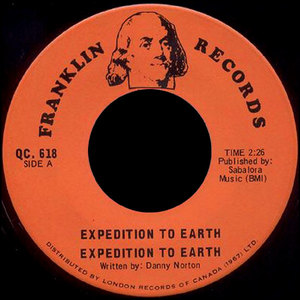 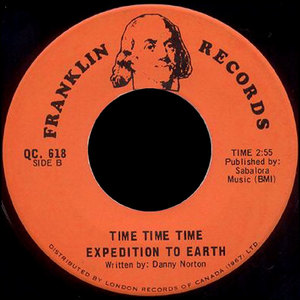 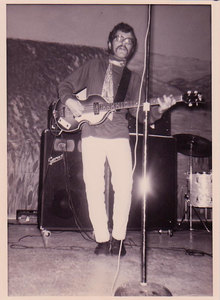 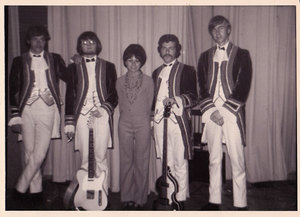 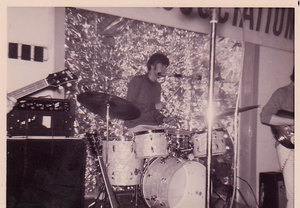 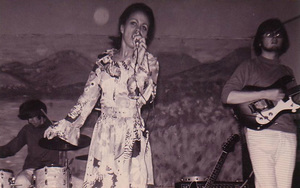 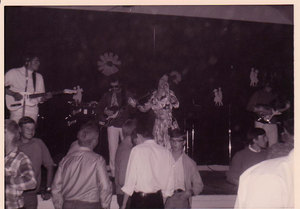 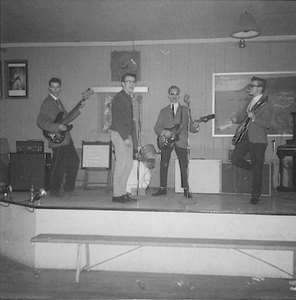 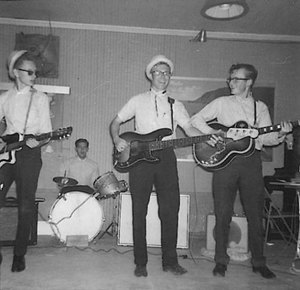 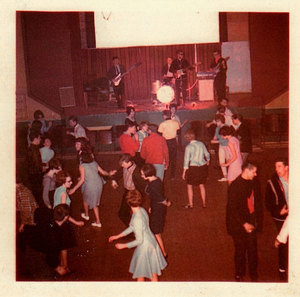 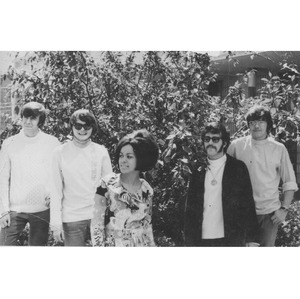