damhnait’s career is charging ahead on every level as she continues to explore a variety of creative outlets. In addition to her recent solo project, dav and Kim toured throughout 2007 to promote Shaye’s latest cd, “Lake of Fire.” The title track soared to #13 on the A/C charts and “You’re Not Alone” followed with similar success. The girls also shot a very well received 4-part reality/documentary television series with Global which featured an authentic, unscripted and sometimes hysterical glimpse behind the entertainment curtain. The show follows the girls as they promote “Lake Of Fire” which built on the momentum established by two huge radio hits from the first cd, “The bridge.” (“Happy Baby” and “Beauty” both shot instantly into the Top Twenty on the A/C charts and “Happy Baby” earned a SOCAN Award, A Canadian Radio Music Award and a Juno nomination.) Shaye’s self-titled show aired initially on the E! network and was picked up later in the fall and aired on CMT.

Whether with Shaye or performing solo, damhnait has toured Canada extensively, opening for legends like Willie Nelson and sharing the stage as special guest with such artists as Nelly Furtado, Dido and Jann Arden. With Shaye, she has represented Canada at Japan’s 2005 Expo and has performed on Canada Day on Parliament Hill in Ottawa. On her own, dav has travelled to Kandahar twice to perform for Canadian forces personnel – initially as part of a CBC Christmas television special and subsequently as a guest of General Rick Hillier. She also journeyed to Africa to contribute her talents to the documentary The Song for Africa, a project aimed at raising awareness about the AIDS pandemic in Africa among Canada’s youth. Her insightful and humorous recounting of her experiences is what prompted the publication of her first book, “Miscellaneous Female.”

damhnait dedicates a significant amount of time and energy to co-writing – efforts which have paid off with covers by Brian Melo, Eva Avila, Rex Goudie and Alexz Johnson, as well as multiple television and film placements. Never one to stray far from a microphone, dav has guested on recordings with Bruce Cockburn, Kevin Parent and Justin Nozuka – to name just a few. Her previous solo effort “dav-net” was a sophisticated, acoustic, roots/rock recording, with mature, powerful writing. “dav-net” garnered two 2004 East Coast Music Awards for Female and Pop/Rock Recording of the year and dav placed as a finalist in the International Songwriting Competition for her song, “Afterglow.”

dynamic and innovative . . . emotional and intelligent . . . 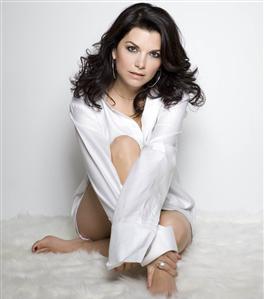