I ‘ve been playing for quite a while now…

I started my first real band: Eric’s Trip in 1990, and have played ever since. When we broke up in 1996 is when I really started to play a lot as me, Julie Doiron…
I am still me, Julie Doiron but I have been lucky enough to still be making music and to have played with a lot of great people!

Thanks to you all for sure!

Everything is coming together in Julie Doiron’s world, from embracing her electric past, to embarking on a new and energetic phase of her solo career with some of the most upbeat and inspiring songs of her recording career. Her last album, I Can Wonder What You Did With Your Day – which arrived on the heels of the album Lost Wisdom, Doiron and her bandmate Fred Squire’s recent critically-acclaimed collaboration with Mt. Eerie — presented listeners with an album that reflects both her continued growth as an artist and a renewed optimism as a songwriter as well. As has often been the case, Doiron’s songwriting is rooted in what’s happening around her.

More than any other songwriter, you can tell exactly what’s going on in her life. Direct and painfully honest, she lays it all out in her lyrics. “I just sing about what’s happening,” she admits, resigned to her style. “I don’t know how to do anything else. I don’t know how to write any other way. I’ve wanted to… I’ve tried! Because sometimes I feel like maybe I shouldn’t be so direct, but I don’t know how.” In the past, listeners have shared in the heartbreak of loneliness, the break-up of a band, the grind of raising young kids, and the dark fears anyone can slip into during a relationship. While the direct approach is still very present, this time she’s almost the happiest woman in town. “I keep saying that it’s a change in a positive direction. I’ve started to love life most of the time, and I’m happy, and I’m having a great time raising my kids.”

In addition to this new perspective, Doiron has made an album which showcases a thick distortion and melodic pop not heard since her days with indie heroes Eric’s Trip in the ’90s. It’s part of a desire to get back to her electric days with that band. The past couple of years have seen Eric’s Trip regroup for triumphant reunion tours, and a rekindling of her work with Trip mainstay Rick White (who produced her 2007 Polaris Prize-nominated album Woke Myself Up, and returned for this album).

I Can Wonder was recorded at White’s isolated home studio, just northwest of Toronto. Doiron handled the electric and acoustic guitar parts, Rick played all the bass and keyboards, and Fred Squire performed all the drums and some lead guitar. Squire, who comes from Sackville, New Brunswick, is Julie’s bandmate in another of her projects, Calm Down It’s Monday.

Loneliest in the Morning (re-issue)

Loneliest in the Morning

Will You Still Love Me?

Will You Still Love Me? (re-issue)

I Can Wonder What You Did With Your Day

I Can Wonder What You Did With Your Day 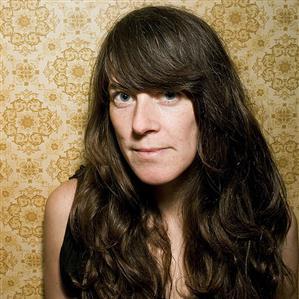