Bonnie Dobson (born November 13, 1940 in Toronto) is a Canadian folk music songwriter, singer, and guitarist, most known in the 1960s for composing the songs "I'm Your Woman" and "Morning Dew". The latter, augmented (with a controversial co-writing credit) by Tim Rose, became a melancholy folk rock standard, covered by the Grateful Dead, the Jeff Beck Group, Robert Plant, and Long John Baldry among many others.

Dobson has consistently questioned Rose's right to a co-writing credit for "Morning Dew" (he first heard it as sung by Fred Neil), but due to a loophole in US copyright law, Rose was successful in his claim for royalties. 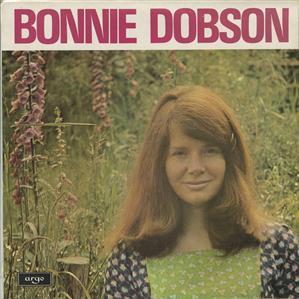