Graham “Dee” Dunnett was already a veteran on the UK music scene from 1957 to 1961 fronting more than 20 different bands when he decided England was too small for him. He set off in search of fame and fortune. During a period of great musical growth in Hamburg, Germany, Dunnett led a band named The Starliners to near fame in 1962, first backing the Beatles and then Gerry & the Pacemakers on the heels of two singles and a role in a British teen movie.

Following a turn in France for 6 months, Graham decided to make the move to North America where it seemed like all his peers were finding the fame and fortune he was seeking.

Dunnett relocated to Canada to look for musicians with which he could cut an album. He found them in Fort Williams native Terry Watkinson (formerly of Sonny & the Sequins) and Toronto's Len Lytwyn in autumn of 1963. They recorded a single (“Say Baby (Who Am I)” and “You Should Know It”) and the record gained enough notoriety that they officially formed Dee and the Yeomen a few months later.

They found a regular gig working at a coffee house in 1964 and a few months later were the house band at the infamous “Night Owl” in the heart of Yorkville’s emerging “free love” scene. In 1965 they released several singles on a variety of independent labels, and in the spring of 1966 were signed to the high-profile REO Records. The first single for the label, "A Love like Mine", managed to hit #1 in some markets.

They also played at all the surrounding area high schools and clubs along with work in Montreal, Calgary and on the East Coast. Another single they released called "In a Minute or Two" even hit #1 on certain West Coast stations.

The band had a few line up and name changes over the years. Starting off as Dee and the Yeomen, they would eventually become Rock Show and the Yeomen when Dee left the group. He was replaced on lead guitar and vocals by Bob Smith. A bass player named Laurie Keller was also added as a regular member in order to completely fill out the sound and Rock Show of the Yeomen soldiered on. Dee returned a while later to form Dee and the Quotum without Terry Watkinson. Eventually Dee and Len both left the group as well and there were no original members left when “The Yeomen”, the last incarnation of the group, took the stage.

-BY BAND MEMBERS FOR MOCM 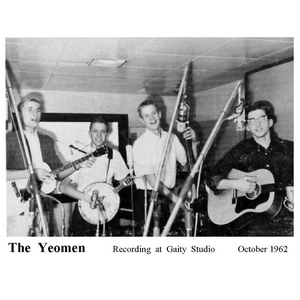