On a crowded subway racing down the dimly lit corridor to its next stop, she sat near the back, checking her cell phone for new texts, relieved to find "no service" as the antidote to her growing disappointment. A traveler's soul, always exhilarated by the next adventure yet secretly longing for home, she wondered what would be at the top of the stairs upon exiting at the stop. Directions scribbled on the back of her hand. Blue ink smudged by the heat.

She'd left home 37 days and 21 shows ago. She never counted how many shows were left, each an adventure of their own, never discounted or recounted. In these times of solitude - the air a murmur of voices, the squeal of the rails, the tinny sound of someone's music seeping out of their headphones - she thinks of home. There are no subways. No hurry. No bustle or crowds except on the hot days of summer on Cavendish beach, tourists rolling out of air-conditioned tour buses. But those crowds seldom came to her part of the island. A shoreline with her family name, rolling dunes into the vastness of the ocean, her home was of soaring birds and starry nights, dances at the community hall, hot tea and fresh raspberry pie, the laughter of family and her gramma, school teacher to generations; every soul knowing her family name. She'd left that familiarity, which so many seek, like any small town teenager with a dream or the will. But it's always a part of her.

The subway screamed to a halt, doors sliding open. She reached for her guitar and mandola, heavy pack strapped to her back and felt a twinge of anxiety wrestle in her gut. Though in solitude she'd found a way in her songs to breathe life into loneliness, give heartache and desolation their due place, and celebrate love and the often dark corridor leading to it, it was the company and contribution of artists and friends that she valued the most.

In the beginning she played house concerts in every state and province, quietly amassing an intricately woven array of friends and colleagues. Sharing stages with those she admired, she has a rich artistic community around her.

As she walked up the stairs with the bright fluorescent glow turning to the late autumn dusk, streetlights beginning to wake, she looked up to smiling faces of old friends: Musicians who were always ready to sing and play, learn and give. And she knew that for tonight, they were here and she was home. And she was the lucky one.

If You Were for Me 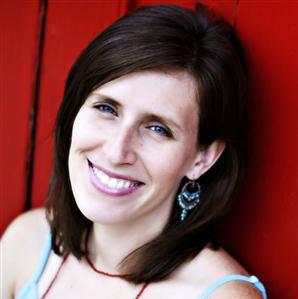