Born in Paris in 1964 to photographer and filmmaker John Cook and Heather Cook, and raised in the region in southern France known as the Camargue, Jesse Cook grew up with the sounds and influences of Gypsy music. Guitarist Manitas de Plata, who lived in the Camargue, and Nicolas Reyes, lead singer of the flamenco group Gipsy Kings, who just happened to live next door, heavily inspired him.

After his parents separated, Cook and his sister accompanied his mother to her birth country, Canada. Recognizing the musical aptitudes of her son, lessons followed at Toronto’s Eli Kassner Guitar Academy. Kassner's other famous pupil was classical guitarist Liona Boyd.

There he continued his studies in classical and jazz guitar in North America’s music schools, then attempted to unlearn it all while immersing himself in the oral traditions of Gypsy music. This helped him widen his range of musical tastes.

Cook has recorded six studio albums and traveled the world exploring musical traditions that he has blended into his style of rumba flamenco. In addition to headlining concerts and festivals, he has opened for such legends as B.B. King, Ray Charles and Diana Krall. He has performed with Welsh soprano Charlotte Church on the Tonight Show and toured with legendary Irish band, The Chieftains.

The 1995 Catalina Jazz Festival was a turning point in his career. His debut album 'Tempest' had been independently released in Canada. Within a month, a deal with American company Narada allowed them to be booked at the Catalina Jazz festival. Originally the band was to perform during the twenty minute intermissions in a little bar downstairs from the main stage. His performance was well appreciated, so appreciated in fact that Cook was invited to give a performance on the main stage. Shortly afterwards, Tempest entered the American Billboard charts at #14.

In 2001, Cook won a Juno Award in the Best Instrumental Album category for “Free Fall.” Most recently, he has been nominated for two 2008 Juno awards, for his 2007 release “Frontiers” (World Music Album of the Year) and for the “One Night at the Metropolis” DVD (Music DVD of the Year) which captures his performance during the 2006 Montreal Jazz Festival. 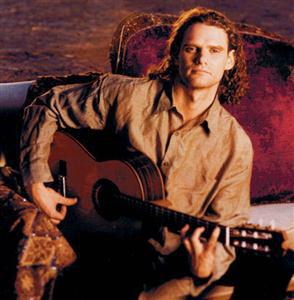