South Slavey musician Albert Canadien is from Zhahti Kue, Fort Providence, Northwest Territories. He played guitar for his first fiddle dance when he was 14 years old. In 1964, Albert went to school in Alberta where he joined a band of other young, indigenous musicians. Through many opportunities and misfortunes, they became “The Chieftones”, Canada’s all Indian Band, who went on to tour the US with the Beach Boys, Jerry Lee Lewis, Diana Ross and many other iconic pop stars in the 1960s.

It was the mid-1960s, and Canadien was touring the Edmonton music scene with a band of former students from a residential school in St. Albert, Alta.

In those days, the local musicians union demanded that a band have a booking agent.

The Chieftones billed themselves as 'Canada's All Indian Band' while touring the American Midwest. Top, from left, Jack Cecil, Richard Douse, Vince Clifford; bottom, from left, Albert Canadien, Barry Clifford. (Submitted by Pat Braden). "We met a guy, he said he was from Milwaukee or someplace," said Canadien. The agent, who called himself Larry Bartelli, said he'd need $7,000 to get them started touring cross-country.

"We gave him the money and then we took off to Toronto," said Canadien. "We got to Toronto and there was no Larry. Larry, he was gone. Nobody knew him."

The band he joined at school would go on to become The Chieftones, "Canada's All-Indian Band." Together with the Beach Boys and other iconic acts of the '60s and '70s, they would tour the United States and play venues like Madison Square Garden for crowds of thousands.

Land of the Midnight Sun

Land of the Midnight Sun 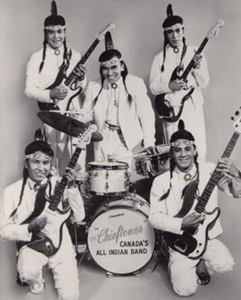 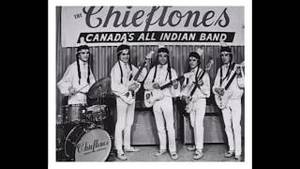 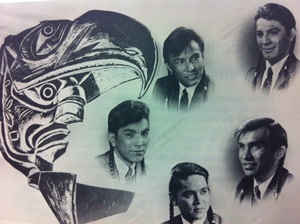 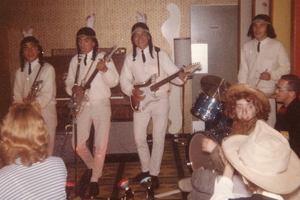 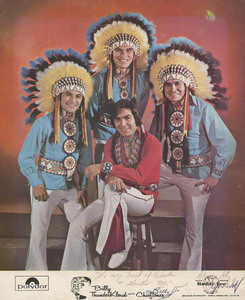 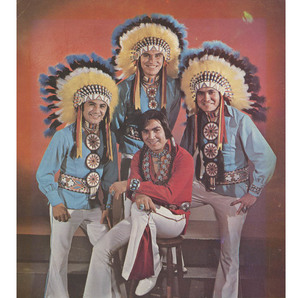