Ottawa Valley Country Music Hall of Fame (1988) Born in Montreal, Ralph was raised in New Brunswick and Ontario, moving to Ottawa in the early 50's. At the age of nine, taken by his father to see the Hillbilly Jewels, starring Joe Brown, he was inspired to save money from a paper route to buy an "Eaton's" guitar and make his first appearance in a school Christmas concert at the age of ten. While at Ottawa's High School of Commerce, he formed his first band, "The Jive Rockets", which included Bob Anka (Paul's cousin) and Dewey Midkiff (later to become Dewey Martin of the original Buffalo Springfield).

Ralph began entertaining in local clubs in the late 50's and, after guesting with Mac Beattie and the CFRA Happy Wanderers, he went to work with Ron McMunn, The Silver Fox, and his "Country Cousins" in 1961. Five years later, with support and advice from "The Fox", he formed his own unit, "The Countrymen", which eventually became "Country Mile". Throughout the 60's and 70's, they played in every corner of the Valley. Local appearances were interrupted to begin national and international tours, as Ralph and the band hit the road fulltime in 1975, playing coast to coast in Canada and making overseas trips to England and Europe. Along the way, they won two RPM awards for "Outstanding Performance by a Country Group" and also "Best Visiting Band" in England in 1980. Ralph and his band were also featured entertainers for seven consecutive years at the Calgary Stampede.

Ralph's recording career began in 1964 at Rodeo Records. His signature song, "Thanks for the Dance" was produced in Nashville under the guidance of Dick Damron, a legendary Canadian singer/songwriter from Alberta, and Ralph currently has 11 albums to his credit. From his basement recording studio, Carlsound Studios, Ralph formed the Snocan Recording Studio in 1975 with partners, Ron Sparling and Dave Dennison. The studio recorded the Valley's finest country acts, among them: Mac Beattie, Reg Hill, Ron McMunn and Terry Carisse.

The mid-1980's saw the cross-country touring come to an end, and Ralph found time to concentrate on his weekly bluegrass radio show on CKBY, "The Fifth String", as well as to begin a series of appearances with Bytown Bluegrass, an Ottawa-based bluegrass band. Together, they recorded "Ralph Carlson & Bytown Bluegrass" which was nominated for Canadian Bluegrass Album of the Year in 1987. Ralph continued his involvement in the presentation and promotion of country music in the Ottawa Valley through performances and as a Director on the Hall of Fame Board until his untimely death from Leukemia on October 10, 2002.

Back To the Real Thing

Thanks For the Dance

The Game is Love 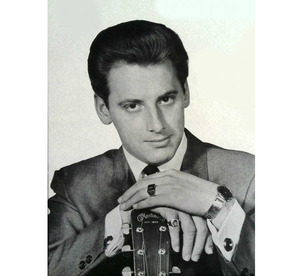