BORN AND RAISED IN CLEVELAND,OHIO BUT NOW LIVING IN TORONTO, CANADA DAVID SPENT HIS EARLY YEARS BACKING UP NATIONAL TOURING ACTS AND LATER WITH HIS OWN BAND SHARED THE STAGE WITH SOME OF ROCK' S GREATEST STARS . HE SIGNED ON AS A WRITER FOR "JIMMY IENNER" (GRAMMY AWARD WINNER AND ACADEMY AWARD WINNER FOR "DIRTY DANCING") AND WROTE SONGS THAT WERE PICK HITS IN BOTH BILLBOARD AND CASHBOX MAGAZINE.
A COUPLE OF C.D.'S LEAD TO THREE EXTENSIVE TOURS OF ENGLAND AND WALES AND NOW WITH A SERIOUS FANBASE AND GREAT NEW SONGS , HE'S READY TO RECORD AGAIN. 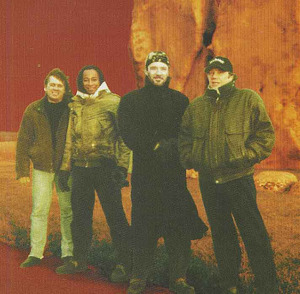