Lucio Agostini. Conductor, composer, arranger, b Fano, Italy, 30 Dec 1913, naturalized Canadian 1926, d Toronto 15 Feb 1996. Lucio Agostini began his music studies at five with his father, Guiseppe Agostini, (woodwinds) and continued with Louis Michiels and Henri Miro (harmony and composition), and Peter Van der Meerschen (cello). At 15 he played tenor saxophone, bass clarinet, and cello in his father's theatre orchestra, and at 16 he played cello in Eugène Chartier's Montreal Philharmonic Orchestra. He conducted the Red and White Revue at McGill University in 1929 and 1930, and soon afterwards conducted his first radio show on CFCF. In 1932 he began composing film scores for Associated Screen News, continuing until 1944 (though he moved to Toronto in 1943), latterly as music director. He began conducting for the CRBC radio network in 1934, and for the CBC later. Among the programs were 'Mantilles et castagnettes,' 'The Little Review,' and 'Carnival in Venice.' He also composed scores for some 150 shorts, including monthly instalments for the National Film Board's 'Canada at War' and 'The World in Action' series. In Toronto Agostini composed and conducted incidental music for Andrew Allen's CBC radio-drama series 'Stage' 1944-55 (including The 39 Steps and Sunshine Sketches of a Little Town); for 'CBC Wednesday Night' Shakespeare productions (which inspired his Shakespearean Suite for Strings 1948); for CBC radio's 'Ford Theatre' 1949-55; and for several variety programs, including his own 'Strictly for Strings' (1951, 1952) and 'Appointment with Agostini' (1954-5). After a year in Hollywood he became conductor and arranger for CBC TV's 'Front Page Challenge,' a position he held for over 20 years. His 'Appointment with Agostini' was resumed in 1958 for three seasons and was followed by 'Music Album' (1968), 'Collage' (1969), and 'Music to Remember' (1970). He also served as music director for the 'Juliette' show 1965-6.

Musicals, Film Scores, Incidental Music
Lucio Agostini's compositions include three musical comedies: Willie the Squowse (1968), Gibraltar (1975), and Divorce (1976); scores for the feature films Inside Out (1975), Ragtime Summer (1977), The Little Brown Burro (1978), and Ichabod Crane (1978); a Piano Concerto (1948); a Flute Concerto (1960, recorded by Nicholas Fiore with the Albert Pratz orchestra, RCI 174); and Trio Québécois (1970, Boosey & Hawkes, written for and recorded by Avrahm Galper, 1971, Dominion S-69004). He also composed the incidental music for the 1980 CBC radio dramatization of Robertson Davies' novel Fifth Business (issued on 4 cassettes, CBC Enterprises 3DT-4). In 1983 he was recognized with ACTRA's John Drainie Award for distinguished contributions to Canadian broadcasting. Agostini also wrote arrangements for recordings by the singers Alys Robi, Juliette, and Tony Ziccardi, by the guitarist Giovanni Liberatore, and by his own orchestra. Agostini's value as a composer of incidental music lay in his command of an orchestra and its colours, his ability to satisfy the dramatic requirements at hand, his speed and precision, his effectiveness as a conductor, and his efficiency. Pierre Berton said in the Toronto Star, "Lucio was one of the best two or three composers and directors for television, radio, films, that we had in Canada. He was a very inventive composer for the kind of things he was doing. He was very fast - which of course was important for radio and TV - and he was very good, which was even more important." Agostini's manuscripts are deposited at Library and Archives Canada.

Once Upon a Hundred Years

Once Upon a Hundred Years 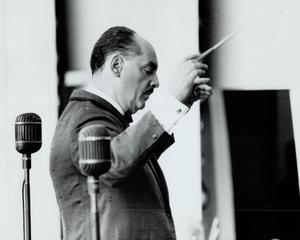 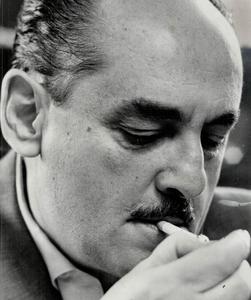 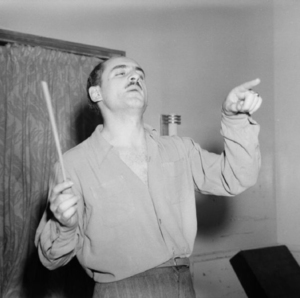