Abies Babies, as they are sometimes called, started out in Toronto like so many other bands, with hopes of one day becoming well known and respected musicians. It was at Club 813 that these four young boys would be discovered by the late Jack Morrow (Fat Mouth, Teenage Head). When Morrow first saw them they were performing in front of an all black crowd. He was overwhelmed by the energy coming off the stage, and the crowd’s acceptance of the music. Band members Jimi Bertucci, Ron Bartley, Brian Cotterill and Bob McPherson were in for the surprise of their lives when Morrow asked producer Paul Gross (Phase One, Triumph, Rush, Saga etc.) to work with the group. Within weeks he and the group were writing and demoing songs.

During the early 70's, Abraham’s Children was led by founder and principal songwriter Jimi Bertucci. It was the writing skills of Jimi Bertucci and Ron Bartley that would pen some great classic songs still heard on radio stations today. Their first single, Hot Love, was released in 1970. Hot Love would later become the flip side to their 1972 hit Goodbye Farewell on G.A.S. Records. It would be almost one year later before the release of their first international hit, Gypsy. Soon they would be recognized by record mogul Neil Bogart of the famous Buddha Records in the US who was quick to sign the band.

The releases of Goodbye Farewell, Gypsy and Thank You confirmed that this was a group that would not go unnoticed. The release of their first album TIME in 1973 which included all the hits and songs like 'Workin' for the Man', 'Woman O Woman', featuring congo hero Dick Smith, Moses Hazan on flute, and Dave Marsden, would show a different side to The Children, a heavier side. To support this album, a second guitarist, Shawn O'Shea was added. While preparing for the next album, The Children would release Goddess of Nature full of big strings.

Once again, Abraham’s Children would have another hit that would end up on K-Tels Music Power album. After the success of Goddess of Nature in 1975 the group went for a heavier and more intricate sound, attempting to leave behind the famous sound that had made them a Canadian household name. The Children were growing up. The collective songs for the new album would never be released due to problems with their record label and musical differences. Jimi Bertucci decided to pursue a solo career. Ron Bartley and the other band members would continue to tour and record some new songs, but were never able to capture the magic that The Children were known for on stage and on record.The 2004 “2nd Coming Tour” gave many dedicated fans had the opportunity to see the boys at their musical best. They performed all new material and, of course, some old favorites.

Gypsy b/w Fly Me to the Sky

Thank You b/w Workin' for the Man

Rockin' in The City b/w Back Home Again 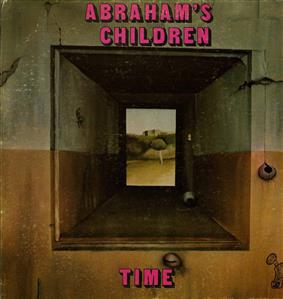