Following a battle with cancer, Canadian-based hip-hop pioneer Edwin Kohn (a.k.a. the Incredible Ease) sadly succumbed to the disease this morning (October 2). At this point, many of the details surrounding Kohn's death are unclear, but news broke via a tweet published by the Archivest.

Raised in Paterson, NJ, Kohn had a brief stint in the U.S. Navy, before being honourably discharged and focusing on music. As Exclaim! explored in a 2002 magazine feature, Ease was an active member of the West Coast hip-hop community and a member of the late '80s group EQ, which also featured Quaze.

Kohn's work as the Incredible Ease and EQ would go on to inspire the likes of West Coast rappers Moka Only, Madchild and the Battle Axe crew, among many others, thanks to tracks like "All Praises Due" and "Who Rocks?", as well as his weekly late-night radio program, The Krispy Bisket Show, which was co-hosted alongside collaborator DJ Kilocee on CJSF 90.1 FM.

According to online fundraising efforts launched earlier this year, Kohn had been battling lymphoma for quite some time, but was unable to receive proper treatment due to being an American citizen.

He is survived by his wife and daughter. 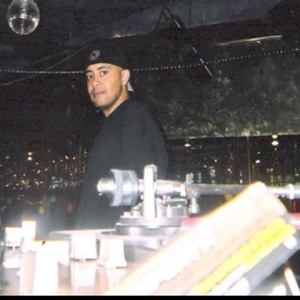