At 16 Phil formed a band called Sidinex (from Phil’s last name spelled backwards) with bassist Kevin Gingrich, drummer Scott Masterson and singer Todd Farhood. They played high schools and opened local shows for bands like Nazareth and Thor. Sometimes they were lucky to have their own gig in clubs. They even released an EP, but the band called it quits when Phil was offered a gig with Frozen Ghost in 1988.

An early opportunity in Phil’s career came when he was asked in 1990 to tour with Randy Coven, whom he had met through Aldo Nova. In 1991, he toured the US with Aldo Nova, supporting Aldo’s new album Blood On The Bricks. While on tour with Aldo Nova, he got the chance to meet and jam on stage with Jon Bon Jovi several times and that got him a session at Jon’s house with the man himself and Tico Torres, recording guitars for the song Levon to be featured in the compilation album Two Rooms.

In 1993 he replaced Rik Emmett in the Canadian rock band TRIUMPH, for the Edge of Excess album and tour.

In 1994, Phil collaborated with Terry Brown, Doug Varty and Rob Kennedy to form a short-lived band, The Bushdoctors. They recorded one album, a self titled debut, now out of print.
In 1997 he decided he would leave Canada and move to Los Angeles where he became a prolific session guitarist.

In true hollywood story style, one day Phil was painting the garage of a hot shot record producer, and the next he was trading the paintbrush for a Les Paul to play on Tommy Lee’s new project, Methods of Mayhem.

The new kid was on the block and had the heads a spinnin’.

Playing for Tommy Lee led to playing for Rob Zombie, who gave Phil’s phone number to Alice Cooper (Phil played on Brutal Planet), while becoming the in-house guitar player for producer Scott Humphrey laying down some “X Magic” on Andrew W.K.’s I Get Wet, BT’s Emotional Technology and more recordings by Tommy Lee and Rob Zombie.

Not only did Phil record Brick House with Mr. Zombie for the House of 1,000 Corpses movie soundtrack, he also performed the Commodores’ smash hit live on The Tonight Show (Jay Leno) with Rob and Lionel Richie.

As Phil’s name began to crop up in more and more circles, names such as Avril Lavigne, Kelly Clarkson, Daughtry, Chris Cornell, Orianthi and Adam Lambert were added to his credits with the list continuing to grow.

Although Phil X was known for playing in several rock bands, his real breakthrough happened via YouTube, when the vintage guitars shop Fretted Americana hired him to host a series of videos where the guitarist demonstrated some of the instruments in stock.

There are plenty of instrument reviews and gear demonstration videos on YouTube, but Phil X transformed his clips into a real show, not simply limiting himself to review the guitars, but showcasing his great charisma and larger-than-life personality.

His mad guitar skills and fierce playing, combined with his sense of humor, transformed him very quickly into a YouTube sensation, generating millions of views for the channel and building a great international fanbase of music enthusiasts.

With that kind of exposure, it’s not surprising that Phil X would get the call to fill in for Richie Sambora in Bon Jovi while the band’s lead guitarist took care of some personal issues.

Phil played the last 13 US shows of the 2011 Circle Tour triggering rave reviews and the growth of his already expanding fan base.

With the departure of Richie Sambora on 2 April 2013 for unspecified personal reasons, during the band’s US leg of the Because We Can tour, Phil X replaced Sambora once again, this time for the remaining shows of the tour.

In 2015 he toured with the band again, playing sold out shows on a mini tour in Asia, and when the new album This House Is Not For Sale was being recorded, he was asked to play the guitar on some of the tracks, becoming an official band member once the record was out.

At present he is recording guitars and back vocals for Bon Jovi’s next studio album.

Formed in 2001, they appeared to be a two-piece band made up of him and his then wife, singer Ninette Terhart. They released 3 albums: Sonic Machine, Powder and Nothing. The band called it quits in 2010.

Phil X is also co-founder and frontman of The DRILLS, a three-piece band made up of him (guitarist/singer/songwriter/producer), Daniel Spriewald (bassist/background singer) and a drummer (various). 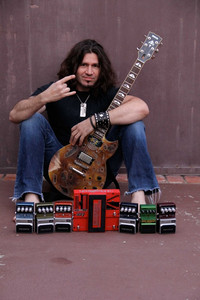 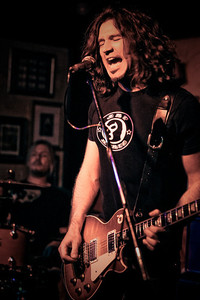 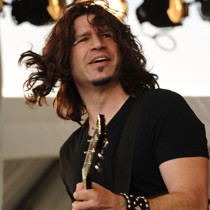 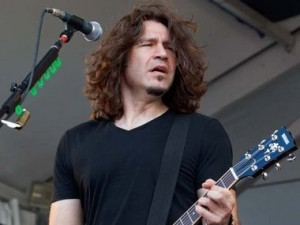 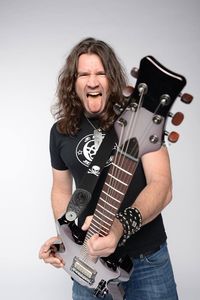 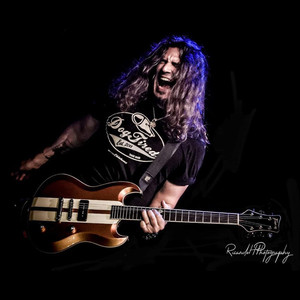