Songwriter Jean-Phillipe Tremblay from Chicoutimi (Quebec, Canada), started his career in 2002 with the band Tremblay 73. Later, he released his solo album ‘Mais où la Ouananiche niche t’elle?’ in 2005, but the possibility of performing one concert didn’t cross his mind. He simply left the honorable Elizabeth II’s land of Canada for a trip of 4 days that ended up being a piss-up of 5 years around the world. He subsequently played in various groups in China before starting the Québec Redneck Bluegrass Project in 2007. 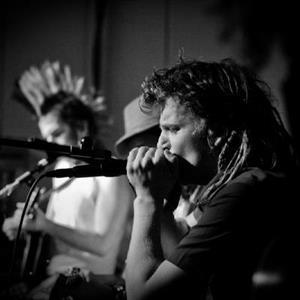