Whether you are listening to Theo as a soloist or with accompaniment, you will be presented with a musical performance that will seem like a memorable trip to a foreign land. Tales and reflections of travel and observation mirrored in songs about love, life, laughter, happiness and sorrow. Songs that explore human nature and spirituality. Often posing as many questions as they offer possibilities, beyond the lyrics are solid rockin' rhythms and heart touching ballads. Drawing from a lifetime of eclectic musical influences, Theo's music is a blend of alt-country, rock, reggae, pop and blues in the likeness of John Hiatt, Leonard Cohen, Bruce Springsteen, Steve Earle and Tom Waits. Amongst the songs from Theo's previous CD releases are renditions of compositions written by a variety of song smiths embracing a wide range of style intended to retain the attention of any audience. With a large and varied repertoire, holding an audience is not a challenge for Theo and the many years of performing shines through.

Theo's previous releases have garnered him praise from critics and radio personalities referring to his recordings as “thinking man's music” and references to his “intellengent lyrics”. Tom Harrison of the Vancouver Province Newspaper said , “Massop is an able writer. His songs have a contemporary polish and a measure of sophistication. He writes homilies with a rock edge who's wisdom occasionally hits the ground like a hundred pound rail”. Songs from Theo's releases have been aired on CBC and community radio across Canada, as well as charting on various radio shows here and in western Europe in the alt-country genre.

Regardless if it is a festival, a dinner show, a house concert, solo or with a band, you will experience a professionally presented show combining original music with current and classic hits to amaze you.

The Voyager b/w Harder Than Hell 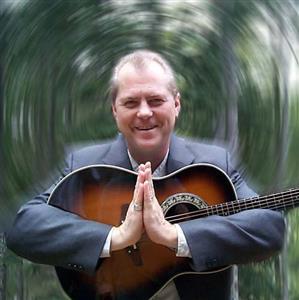