Sugar & spice and everything… nice? Perhaps. Tara Lett may have that girl-next-door charm but those golden-coloured eyes ought to tell you, she’s more than just a pretty face. Talented, fearless, and smart—Tara is a triple threat & CEO in sexy 4-inch stilettos. Inspired by Tara’s love for fashion, her high-energy dance electro tunes are laced with cheeky witticisms, celebrate female and human empowerment through self-expression and sexual liberation.

A globetrotter, and lover of the arts, Tara grew up traveling around the world (Ethiopia, Cameroon, Canada) with her humanitarian parents (Dr. Lett founder of Canadian Network for International Surgery) who encouraged her to pursue musical studies. She began singing in a junior choir at the age of six, and studied piano, guitar, saxophone, voice, and ballet.

When Tara finished high school she joined a touring All-Girl pop group and also furthered her musical studies by with the VCC Jazz program. She eventually chose the route of the solo performer and continued to hone her original songwriting and performance skills by playing for corporations such as Steinway, DeMaurier, BMW and Vancouver Magazine. She released her first solo album in 2008 with the title track Any Other Day, winning Virgin Radio’s Best of B.C. contest and receiving regular rotation.

Since then Tara has joined forces with Activeminds Productions and pop hit maker Phil Lehmann (Kreesha Turner, Shiloh, Stef Lang, The Oh Wells). Working as an artist and CEO of Activeminds Productions, Tara Lett released the singles “Desire” and “Music is Fashion” which were placed on the hit show Degrassi as well as added to rotation on B93 Lethbridge, Mix 97 Belleville, SunFM Kelowna, Penticton, Vernon, with play on Wired 963 Saskatoon, 97.5 the River Kamloops, Hot 953 Sudbury, Hot 899 Ottawa, Hot103 Winnipeg.

Tara went on a Canadian radio tour in October 2011, where she promoted Activeminds Productions, her single “Music is Fashion” and her “Music is Fashion” clothing and scarf line. Currently Tara is promoting her Instant Christmas Classic “Be My Santa Baby” to radio stations in Canada and the US. She is the spokesperson for www.CNIS.ca peace building initiative in northern Ethiopia and supports The Red Cross and Greenpeace. Keep up with Tara Lett- if you can…. at www.taralett.com! 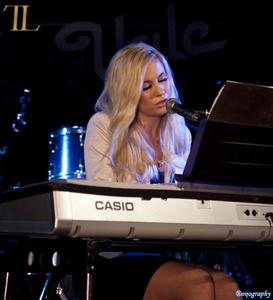 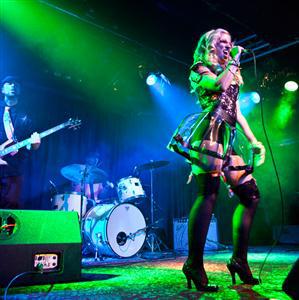