10 songs recorded quickly and quietly during a surprise visit by Julie Doiron, keeper of the world’s greatest and saddest voice, and Fred Squire, hidden guitarist of the floating riff, in a small wooden room in Anacortes, Washington before they returned home to eastern Canada. Songs with the expression of the face of a baby in a burning world, in the swirling dust. They hang on a theme of impermanence and destroying forces. The river is revealed to be going right through the house, the river of inevitable chaos, sorrow and love.

Julie Doiron is a legitimate music legend. Not only are her solo albums the greatest but she is also in the band Eric’s Trip. This is a big deal. Fred Squire is called “hidden” here because he plays so gently and has primarily lived in extremely small Canadian towns. His songs are called Calm Down, It’s Monday. These 3 will be touring together. 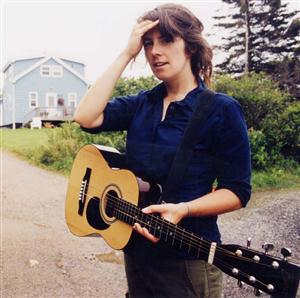