Kenney, Mart and his Orchestra

Born in Toronto, Kenney established himself as a leading alto and baritone saxophonist and clarinetist in the 1920s as a member of the CJOR Radio Orchestra and as a sideman to Len Chamberlain at the Hotel Vancouver. The Western Gentleman were first formed in 1931 as a result of an engagement at Vancouver's Alexandra Ballroom, for which he recruited trumpeter-pianist Glen Griffith, trumpeter Jack Hemmings, saxophonist Bert Lister and bassist Hec MacCallum, who would later be joined by drummer Ed Emel and vocalist-saxophonist-pianist Art Hallman. Following their CJOR radio debut in 1934, the band would embark on a three-year run at the Waterton Glacier International Peace Park in Waterton Park, Alberta, adopting as its theme song the 1922 Billy Hill-Larry Yoell waltz, "The West, a Nest and You, Dear".

Kenney and his band gained a foothold in network radio in 1935 with the CRBC/CBC program 'Sweet and Low' which in turn led to cross-country tours and regular appearances at Toronto's Royal York Hotel. In 1938 the band began recording with RCA and by 1951 it had recorded some 25 78s for RCA Victor and Bluebird Records, as well as two for Dominion, featuring such hits as "The West, a Nest and You, Dear", "There's Honey on the Moon Tonight,' and the Kenney original 'We're Proud of Canada'.

While originally a septet, Kenney toyed his band's lineup frequently, enlarging it to as many as 30 musicians on some of his recordings. See "Appendix A~ Mart Kenney's Musicians" in Mart Kenney and his western gentlemen for additional details. Western Gentlemen's guitarist (Summer 1937-1942) Tony Bradan married former Western Gentelemen's vocalist (1940-late 1943) Judy Richards.

Kenney's retirement and relocation to Mission, British Columbia, saw the end of the Western Gentlemen. However, he continued to organize orchestras for special occasions such as CBC TV's In the Mood in 1971, and a CNE appearance in 1975, and for engagements throughout the 1980s in the Vancouver area. Kenney was made a member of the Order of Canada in 1980, and in 1985 was awarded an honorary LLD by the University of Lethbridge.

I'm Sorry I Made You Cry // When You're Smiling

Captains of the Clouds // Waltzing Matilda

I'd Love to Live in Loveland // I'll See You Again

We're Proud of Canada // Get Your Wings

We're Proud of Canada // Get Your Wings (Fox Trot) 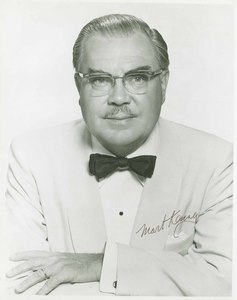 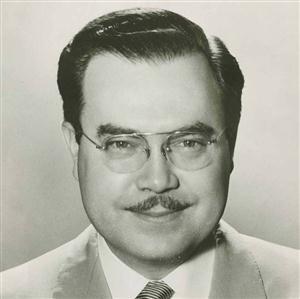 Kenney, Mart and his Orchestra