Pang Attack is the new project by Alex Hackett, former singer/guitarist for Montreal shoegaze band Kill The Lights and veteran of the Canadian indie-rock scene. Hackett played all the instruments and wrote all the parts on his debut EP, home-recorded in the fall of 2010 with the help of a reclusive Greek coffee-addict.

Kill The Lights started out in Toronto in 2005, toured Canada a number of times, and released two critically-acclaimed albums and one EP before calling it quits in the summer of 2010. Every working partnership is a minor miracle, but things shift. In the end, Hackett says, he was simply thankful to be able, against many odds, to make music that Exclaim! called "beautiful works of art".

Lessons learned, touring mileage banked, mourning period observed, Hackett directed his energies inward to imagine and compose the 6 songs that would become his solo debut. KTL had been a broiling cloud of feedback, reverb and rhythmic energy. Pang Attack would involve a stripping-down of sonic layers. It would be quiet and intimate, built largely around Hackett's ever-more-complex guitar-work

There would be dollops of humour (the name 'Pang Attack' is a nod to the at-times gloomy nature of Hackett's music) alongside bids for pure sonic beauty. In terms of its musical pedigree Pang Attack does not stray too far afield from its predecessor. The fuzzed-out shoegazey post-folk has many of the same '80s and '90s influences as a rhythmically-gutted KTL - from The Sea and Cake to the Jesus and Mary Chain to Mazzy Star and early R.E.M.

"I started to wonder about the buried-vocals indie-rock thing. Was I able to get behind my lyrics 100%? I came to see it as a challenge to work in more of a pure singer-songwriter tradition. I went the extra mile, lyrically - honing and re-honing the content until, I hope, the words could stand on their own as little poems."

Unlike many singer-songwriters, however, Hackett refuses to let the music become background support. Every sound, synthesizer, and riff is carefully chosen with a music-nerd's obsessiveness in the hope of creating a perfect marriage of form and content. Those fuzzy soundscapes you hear in the background are not disposable, but the result of many hours of searching and knob-tweaking.

What exactly is a Pang Attack? Unlike a Panic Attack, Pang Attacks happen to us all, over time. A Pang Attack may occur when you see yourself in lives that aren't yours, when you think of your failures and your errors, on an autumn day as the mountains turn to gold and rust.

Youthful romantics are especially prone to Pang Attacks. Everything is present inside, in the chest, in the nervous system, in the soul. Pang Attacks can occur when we wish all the world was different, or when overcome by a confusion so intense we cannot remember the sequence of events that led to this thing we call the present. When you wake up and, as David Byrne sang, think "...this is not my beautiful house; this is not my beautiful wife... How did I get here?" 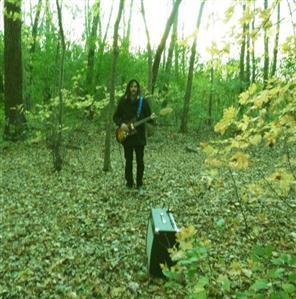