T. Buckley and his band delivers soulful laments and gritty truths, wrapped in roots rock and a cowboy blanket to create a distinct western Canadian flavour.

Funded through the Alberta Foundation for the Arts, Northern Country Soul showcases maturity in Buckley’s musicality and his band’s cohesiveness. His core band, the T. Buckley Band, make up a triple threat that has been turning heads; Derek Pulliam, playing his uncle’s antique stand-up base, brings a more-than memorable stage presence and harmonies that create a perfected old-time sound. Add Tim Leacock into the mix – his electric guitar, mandolin, dry stage humour, and industry experience – and you’ve got a stage act that is ready to shake up a room.

The professional quality of the record’s sound is of credit to the recording engineer, mixer and master – Miles Wilkinson. This Grammy nominated industry artist has worked with a number of icons such as Emmy Lou Harris, Guy Clark, Rodney Crowell and Billy Cowsill.

As Albertan as it comes, Buckley uses songwriting to explore the people and places that define his home. With a degree in Canadian History and a family background filled with professional musicians, it comes as no surprise that he would take up the mantle of songwriter, though inspiration has come as much or more from the works of Hyatt, Lovett or Billy Cowsill as it has from his personal background.

Live shows are presented with an infectious vigor. Whether flushed out as a five piece with pedal steel and drums, or as a tight trio proving time and time again that it can hold down a driving beat sans drummer, Buckley’s particular strum and twang can evoke roadhouse blues, 60s rock, or introspective folk. You will see it all in one performance, as the band supports Buckley’s stories by moving fluidly between genres.

Already a staple of the Western Canadian roots scene, expect to see a lot more of T. Buckley in festivals and rooms across the country as they tour in support of their sophomore effort, Northern Country Soul. 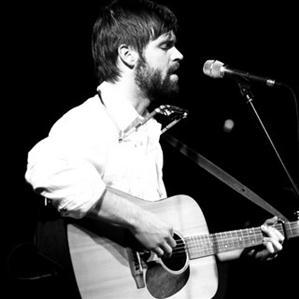