KAOS was the premier metal band back in the 80’s in NL, Canada most known for their song “March of the Gremlins”. This song was an instrumental on their debut LP TOTAL KAOS which every metal fan should try to locate. It had such a distinct guitar riff that made it easily recognizable.

Rainer "RHINO" Wiechmann
Born in Bad Windsheim, Bavaria/Germany, Rhino moved to Canada at the age of 8. With the challenge of learning English behind him Rainer discovered the guitar and mastered his skill at an early age. While living in the cold northern town of Labrador City Canada, Rhino realized he preferred to play, write and record music over hanging out in 30 below weather so it's safe to say living in the Northern climate has made him who he is today.

Influenced by artists such as Michael Schenker, Tony Iommi and David Gilmour as well as bassists such as Geddy Lee and Chris Squire among many, pointed the way to Rhino becoming not only an accomplished guitarist but a noteworthy bassist as well.

Rhino has been recognized in the metal world for recording, producing and engineering such acts as Kittie, Thine Eyes Bleed, Summertime Daises, Blood of Christ and many more. Rhino has also recorded Canadian rockers “Helix” which he joined in 2005 as lead guitarist. With many talents to draw from it's no wonder Rainer has made music such a huge part of his life and will continue to do so.

Cindy
Hailing from a small town in Newfoundland Canada C had decided at the early age after discovering the jukebox that music would have to be her life. Living in a household with a talented musical family C just never looked back and continues to bring forth what she knows best, singing and performing.

1986 had proven to be an important stepping stone for C when Rainer (RHINO) Wiechmann and C decided to form the metal band “KAOS”. “KAOS” became one of Newfoundland 's first metal indie bands ever to record and tour with the strength of their indie CD, “TOTAL KAOS.” With their music video being played on Much Music “Kaos” fans were born and the band found out that fans back then would support an indie metal band even if it wasn't cool to be indie in the 80's.

Sharing concert stages and tours over the years with such artists as Alice Cooper, Motorhead, Dio, Dream Theatre, Cheap Trick, The Headpins, Sass Jordan, Chilliwack, and to have joined Canadian multi platinum artist “Helix” in 2005 has proven C can rock with the best of them. 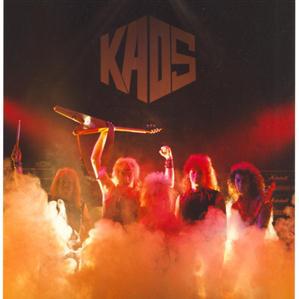