Hooded Fang’s second album, Tosta Mista, marks another big step forward for a band that has already gained considerable momentum in the past year. Their first full-length, the critically-acclaimed Album, was released just nine months ago and support has reached every corner of Canada. From a cross-country tour with The Rural Alberta Advantage to being the most blogged up-and-coming band on The Hype Machine to a 2011 Polaris Prize nomination, Hooded Fang are headed for big things in 2011.

The band has oft been described as a “fuzzy” indie-pop ensemble, comparable to the 2000’s-era bands that helped define the “Toronto sound” in the wake of Broken Social Scene. But on Tosta Mista, Hooded Fang trades in one kind of fuzz for another: while songwriter Daniel Lee’s keen sense of melody remains, Album’s smooth harmonies and orchestrations have been swept away in a tide of scrappy, surf-influenced guitar work, ‘verbed out vocals and fully danceable 60’s drum breaks, conjuring up images of sweaty patio parties and hot summer nights. Tosta Mista is the perfect compliment to Album’s wintry Canadiana; taking aim at the United States with a sound that could have easily come from sun-drenched Southern California.

After the success of the self-released Album, Hooded Fang are taking the next logical step and releasing Tosta Mista on their newly minted Daps Records imprint. The label will see 2011-releases from Doldrums, Phedre, Moon King, Hut and Odonis Odonis; in keeping with the strong sense of community and collaboration that lies at the core of Hooded Fang. 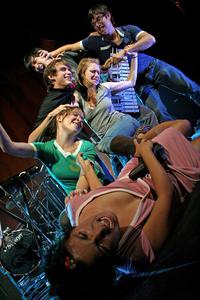 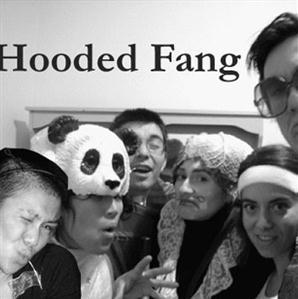