Courtney Wing invites his listeners into a compelling world of carefree and unpretentious humanity. Adept instrumentation accompanied by a strong and resonant vocal style characterizes Wing’s work. Raised in a multi-cultural setting (Born to a Chinese Father and Russian and Icelandic Mother), Courtney’s first musical experiences ranged from playing traditional Chinese percussion for kung fu demonstrations to singing and dancing with members of the local Icelandic folk community. Wing continued to develop his musical education in his early twenties by traveling to Belize where he played in a reggae band and to the South of France where he learned and played flamenco in a busking dance group. Lorraine Carpenter of Exclaim Magazine describes Courtney as a “nomadic singer-songwriter who has gathered a pocketful of local color at every stop.”

Wing’s professional career took off in 2001 after spending a year immersed in the music scenes of New Orleans and Austin, Texas. With his mentor and friend, lap steel virtuoso Kim Deschamps (Barenaked Ladies, Cowboy Junkies, Charlie Robison), as well as a handful of some of Austin’s most recognized artists, Wing recorded and self-produced his debut album For the Good Times. Critical acclaim by peers in Canada and the U.S. lead to a licensing deal as well as invitations to tour along-side renowned producer and former Blue Rodeo member Bob Wiseman, and Juno nominee, indie rocker Jim Guthrie. Immediately following what Wing calls ‘the most creative period of his career’, he spent a Montreal winter recording songs inspired and written while on the road.

Commanding string arrangements, chromaharp, Spanish dancing troupes, Indian sarod, and analogue synthesizers combined with Wing’s rich vocals has resulted in a highly praised second release. Starlight Shuffle delivers listeners a colorful blend of soul folk and progressive artistry that weaves unique texture into each well-crafted song. The album has since been spun with much applause on CBC and the nation’s college radio network and has lead to a Canadian distribution deal with Maple Nationwide/Universal Music. Courtney’s rapidly increasing success has lead to tours and performances with many of the industry’s most respected artists (Jolie Holland, Bob Snider, Sook Yin Lee, Paul Horn) as well as exclusive showcases at NXNE and the North American Folk Alliance.

“Courtney Wing’s expressive and tender songs are guaranteed to compel and soothe…. It’s the kind of work that would make Nick Drake and Daniel Lanois proud.”
-Montreal Mirror

For the Good Times 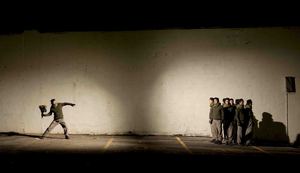 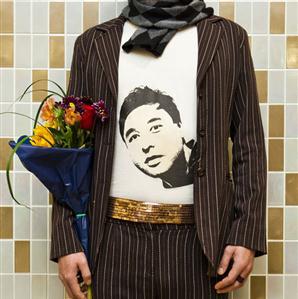