Lee is a singer/songwriter from Antigonish, Nova Scotia.

His songs breathe life into a diverse cast of characters and render commonplace themes poetic . Be it a stirring requiem for the loss of the fisherman’s ways, or foot stompin' anthems about local legends, heroes, and outlaws, Lee's songs resonate with the listener, leaving them something to think about and savour long after the song is sung, the tune has ended,the guitar laid to rest.

A rural upbringing and an active appreciation of life outdoors has shaped Lee the most and continues to inspire the music he creates today. As a young boy in "The Nish" Lee recalls listening to the local radio station running nightly programs such as The Celidh and Scottish Strings. “We also heard MacEwan coming in pretty good from across the “Strait”, depending on the weather, ” he says. Asked if these programs influenced his musical interests, Lee jokes, “absolutely, very much so…I disliked them greatly (laughs), as many other kids my age did too, no doubt.” Ironically though, those programs instilled in him a deep respect for Maritime music and traditions that now ground him as he continues to evolve as an artist.

When asked whose music he'd have on the proverbial "stranded island", Burke’s reaction is instant: “Dylan.” “Unquestionably he was, and remains my greatest musical influence. One day while in the seventh or eighth grade, the prettiest girl on my bus asked to borrow my Dylan–Live at Budokan cassette, and well, that sealed it for me (chuckles). I never got the girl, but I was really somebody for about a day or two.”

On stage, Lee is a charismatic singer and engaging storyteller who quickly establishes an intimate rapport with his audience. 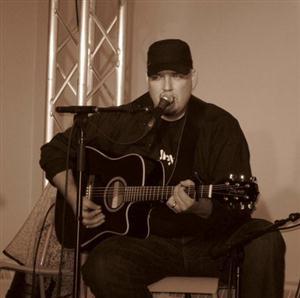