Born in San Rafael, California Shari first moved to Vancouver, British Columbia in the early 1970's in response to the Vietnam War.

After stints of backpacking and cycling around Canada and the US, (always with a guitar on her back or a flute in her pack) her search for her place and path in the world included performing with her older brother and sister with the San Francisco Free Theatre, finally revealing that music was IT.

In all, Ulrich has released 19 albums – as a solo artist and as part of various “supergroups” -- which have garnered her 2 Juno Awards, several award nominations, and an induction into the British Columbia Entertainment Hall of Fame.

Shari first hit the stage as one-third of the infamous Pied Pumkin String Ensemble. The Pumkins -- Ulrich, Joe Mock and Rick Scott – embodied joie de vivre and intellectual whimsy and became the foundation of British Columbian music for an entire generation. Die-hard Pumkin fans recall Ulrich’s violin, mandolin, flute, dulcimer, guitar, and saxophone playing as well as her incomparable voice – a formidable balance to the wacky and unique songwriting and performance personalities of her cohorts.

"To finance our recordings in those days, Pied Pumkin would collect the names, addresses and $5 from fans, record the album, then mail it off to all those trusting souls who had pre-paid...." In fact, the Pied Pumkin’s “Squash Records” was Canada’s first “Indie Label”, long before such a term existed.

Big changes came in ’76 when Shari was hired to tour with West Coast folk artist Valdy as part of his backing group, The Hometown Band. Shari was called on every show to step forward and sing Joe Mock's stunning Flying and her reputation across Canada was sealed. On the strength of that song, and the eclectic and remarkable musicianship of the members, The Hometown Band was signed with A&M, released two albums and won a Juno award for Best New Group. The top single from the second album was Shari’s very first self penned song “Feel Good”.

When the Hometown Band dissolved in ‘78, Shari embarked on solo and songwriting career. Her next 2 albums (on A&M) contained her next 20 songs, followed by an MCA US signing. “Talk Around Town” was released with much success in Canada, but a fateful merge and purge at MCA, on the eve of the record’s US release, left Shari suddenly without a label or management.

With her undeterred and signature determination, Shari marched on to record and release her albums independently (“Every Road”, “The Best of Shari Ulrich” “The View From Here” the recent “Find Our Way” and pursued a wealth of new challenges. These included TV hosting, (including “Futurescan” with David Suzuki), writing and hosting BCTV’s “Inside Trax”, writing and producing pieces for Sesame Street, scoring themes and documentaries for TV and the NFB, and even musical theatre (“Tapestry” and “Baby Boomer Blues”). She also became a role model for women after surviving a near-fatal assault and finding the strength to carry on with her life and her career.

1989 marked the start of her collaboration with long-time friends Bill Henderson and Roy Forbes - UHF - the much praised acoustic/vocal trio with whom she continues to record and perform.

As well, Shari resumed touring and recording with The Pied Pumkin in 1999, touring nationally and in 2007 releasing "Pumkids" which won several International awards. (Shari’s contribution “Annabelle’s Fiddle” won the 2011 John Lennon International Songwriting Contest for best Children’s Song). Shari has also teamed up with the legendary Barney Bentall and Tom Taylor (from She Stole My Beer) to form a new trio, releasing "Live at Cates Hill" in 2009, and joined Barney in a new Bluegrass Band “The High Bar Gang” in 2010.

She also produces the Bluebird North concert series for the Songwriters Association of Canada at the Roundhouse in Vancouver.

A long time mentor for Canadian songwriters, Shari has taught songwriting in many different workshop settings as well as at the University of BC.

Throughout it all Shari raised a daughter Julia Graff, along with former husband, songwriter and visual artist David Graff. Julia, now 21 and herself an increasingly accomplished instrumentalist, has joined her mother on stage on violin, guitar, piano, accordion, mandolin & vocals since she was 12, along with Shari’s long time partner - jazz great Bill Runge. Their collaboration is more 'seasonal' now that Julia is a full time student at McGill. Her departure seemed to liberate creative time for her to produce her new solo release "FIND OUR WAY" available on her site, iTunes, and CD Baby.

With or Without You b/w Talk Around Town

Save It b/w Alone With Me

She Remembers b/w Bringing Back Your Love 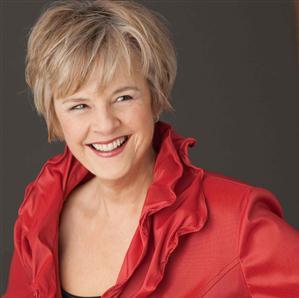