Brent's early work helped forge the sound of legendary folk/rock group Three's a Crowd. The group recorded a few singles and one album, Christopher's Movie Matinee, produced by Cass Elliott of the Mamas and Papas and Steve Barry on ABC/Dunhill Records. Brent worked with Anne Murray in the studio and on the road, and gave her a successful hit when she recorded his composition, Sing High, Sing Low. His material was also performed and recorded by Glen Campbell, Andy Williams and the Osmonds. He's furnished backup for the likes of Bruce Cockburn, Don Ross, Oliver Schroer and Daisy Debolt,

Whether it's a soulful acoustic set, an upbeat, full band electric gig, or an evening with the Edmonton Symphony, Brent's voice becomes integral to the musical landscape. His rich baritone flows with, never pushes, the musical river.

Hamilton Spectator ranks Brent "among the country's most talented artists," calling his work "inspirational." SEE Magazine, Edmonton commented "The soulful sound of Brent Titcomb was a real crowd pleaser. Armed with his acoustic guitar and the voice of an angel..." A London, Ontario critic said he "seized the stage and quite literally mesmerized the audience." He creates an atmosphere so comfortable, so cohesive, so loving, that the audience sometimes hesitates to applaud for fear of breaking the spell.

His first solo album, Brent Titcomb, showcased many of his original compositions and was a critical success at home, in Europe and Japan. A second, Time Traveller, followed, then Healing of her Heart and his considerable talent comes again to the fore in his current CD, Beyond Appearances.

Healing of Her Heart (compilation) 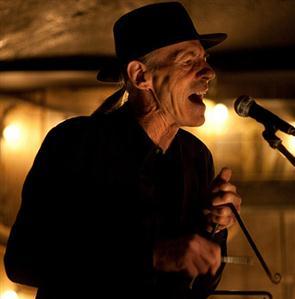