Willie Thrasher is an Inuk singer-songwriter from Aklavik, Inuvik. At five, Thrasher was taken from his family and sent to a residential school where he was forbidden to practice his Inuvialuit culture. In the mid-1960s, he drummed for the Cordells, one of the first Inuit rock bands. One evening, a stranger recommended that the group tap into their Aboriginal roots instead of the charts for inspiration. This prompted Thrasher to write songs about his life, people, and the environment (as heard on 1981’s Spirit Child, CBC). Thrasher currently performs with his partner Linda Saddleback and is featured on Light in the Attic Records’ upcoming Native North America (Vol. 1): Aboriginal Folk, Rock, and Country 1966-1985. He is a trailblazing troubadour with an Indigenous heartbeat sound. 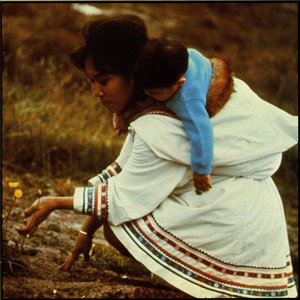 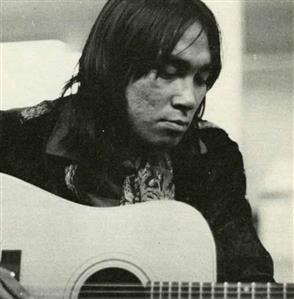