Ian first hit internationally in 1973 with "Painted Ladies". Over the years he has acquired a Juno award, four SOCAN classic awards for Painted Ladies, Right Before Your Eyes, Hold On and Pilot, a UNICEF Danny Kaye Humanitarian award, Juno and Gemini nominations,15 albums and nearly as many top twenty records. Ian’s lyrics have been utilized in English textbooks while his songs have found international success with many artists such as Santana, America, Manfred Man, Chicago, Bette Midler and Ann Murray. Ian founded the internationally acclaimed group The Boomers (1990-2000) that produced four acclaimed albums and two European concert tours. Ian has also added author to the mix with two novels, Bequest (Manor House 2006) and The Lost Chord (Manor House 2008). When he isn’t performing his own shows, he also records (four albums to date) and tours the country regularly with good friends Murray McLauchlan, Marc Jordan, and Cindy Church in a band called Lunch At Allen’s.

This past year saw the release of a long awaited new solo album (Little Dreams) to strong reviews in both Canada and the USA. A new novel, autobiography and album are in the works.

Recording Career
Thomas began his career as a member 1969–71 of the rock band Tranquility Base (the pop group-in-residence 1970–71 with the Hamilton Philharmonic). As a CBC producer 1972–74 in Toronto, Thomas was responsible for the radio program National Rock Works and for CBC LM-series recordings by more than 20 performers, including Bearfoot, Bim (Roy Forbes) and Cal Dodd. He produced commercially released recordings by James Leroy, D'Arcy Wickham and others. Throughout his career he has also written, produced and performed many jingles.

Covers by Other Artists
"Hold On" was an international hit in 1982 for the American band Santana, and "Runner" in 1984 for the British group Manfred Mann's Earth Band. Other Thomas songs have been recorded by Anne Murray ("Good Again"); Bette Midler ("To Comfort You"); the US groups America and Chicago; Germany's Lineman; and the Australian singers Daryl Braithwaite and John Stevens. In 1994, Ian Thomas received SOCAN Classic Awards for "Painted Ladies," "Right Before Your Eyes," and "Hold On;" his "You've Got to Know" (recorded by The Boomers) was SOCAN's most popular Canadian song of 1993.

Other Pursuits
Ian Thomas began touring with the revue Lunch at Allen's (Murray McLauchlan, Marc Jordan, Cindy Church) in 2004 and has also performed with his brother, comedian Dave Thomas. He has written scores for film and TV. As an actor, he was seen regularly on TV's The Red Green Show (see Steve Smith). He was president of the Songwriters Association of Canada 1998–2000. He has also written two novels: Bequest (2006) and The Lost Chord (2008).

The Best Of Ian Thomas

Tear Down The Walls b/w I Really Love You

I’ll do You Right b/w Riders on Dark Horses

Picking Up The Pieces b/w She Don't Like You

I'll Do You Right 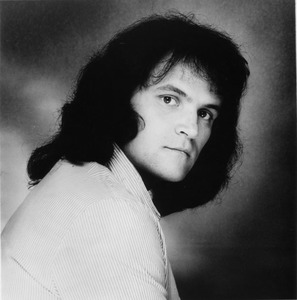