The birth of Rock 'n Roll in the 50's revitalized pop music. It spoke the language of a generation that was tired of Perry Como and Patti Page. It was energetic, danceable, and most importantly, rebellious. Over the next decade it not only paved the way for legends like The Beatles and Elvis, but inspired lifestyle, fashion, and even provided a voice for the peace movement. But any candle that burned as bright as the spirit of Rock 'n Roll was bound to burn out; especially once the establishment realized it's potential to create wealth.

By the early 70's, the "music industry" had split the genre in order to focus their marketing efforts. "Rock" music was dominated by progressive artists like Led Zeppelin and Yes, while corporate acts like Foreigner and Toto were developed in the farm leagues. Dance became Disco, provided by faceless studio-only projects. And older, established artists like Paul McCartney and Stevie Wonder traded in their creativity for multi-year, multi-million dollar contracts. The time was right to give Rock 'n Roll back to the streets... and back to the artists.

By 1973, the world was hearing and seeing the first signs of a fresh, new musical revolution; a movement that would become the most influential since the inception of Rock 'n Roll. A movement that promoted spontaneity and individuality. A movement that inspired radical attitudes and fashions. And a movement that would save the music world from stagnation. Technically it was basic three chord rock 'n roll, but artistically it encouraged the "do-it-yourself" process by bypassing the corporate machine and inviting any and all comers. And there were many. "Scenes" simultaneously exploded in three international centres (London, New York, and Toronto), each making their contribution to the movement. Success by major bands, The Sex Pistols and The Clash (London), Ramones and New York Dolls (New York), and Teenage Head (Toronto), established credibility for the movement. While it would later evolve (New Wave) and proliferate into many sub-genres, punk was not going to go away before turning the music industry on it's head.

Over the years, the impact of "punk" became evident. From a process point of view, it managed to redefine the industry's infrastructure and establish independent labels as the most effective way of developing new artists; a route which has brought us the likes of U2 and REM. In spirit, it encouraged "grunge", a movement spearheaded by Nirvana, that has single-handedly established the catch-all "alternative" genre as a music market to be reckoned with.

But what about the artists that helped further the "punk" revolution? Were they victims of their own naivete and inexperience? Unfortunately, most were and ended up in the rock 'n roll trash heap. Some went even further and lost their lives to the demons that come with success (Sid Vicious-Sex Pistols, Johnny Thunders-New York Dolls). Those that did survive, actually escaped... having merely used punk/new wave as a stepping stone. David Byrne (Talking Heads) and Paul Weller (The Jam), are successfully pursuing other musical styles. Mick Jones, ex of The Clash, used his project Big Audio Dynamite to explore and develop the technique of music sampling. And Danny Elfman, leader of the Los Angeles based new wave band Oingo Boingo has had great success scoring numerous major motion pictures (Batman, Beetlejuice).

Today, the influence of "punk" is more evident than ever, especially with the success of Green Day and Sum 41; two modern day punkish bands that could have easily held their own back then. As for those that were part of the original three city scenes, only two have survived the test to time; The Ramones and Canada's own, Teenage Head.

Teenage Head came together in the early 70's when four young guys from Westdale High School in Hamilton, Ontario decided to form a band. Gord Lewis, Frank Kerr, Steve Mahon, and Nick Stipanitz weren't buddies, but each had a strong interest in the same type of music. By May 1978 they released their first independant single Picture My Face and quickly became part of the scene exploding in Toronto. The legendary self-titled debut album followed a year later, but despite it's "muddy" production, it turned the heads of many because it perfectly captured the spirit of the era. What's more, it showcased the band's talent as writers, with the ability to craft songs that would continue to stand the test of time; even by today's standards. And unlike many others from that era, they could perform live; and they did throughout the "new music" circuit of clubs of Southern Ontario, including the short-lived Crash 'n Burn club and the notorious Last Pogo festival. Fans were captivated by Gord's intensity, Steve's indifference, and Frankie's (now known as Frankie Venom) "real wild child" frontman persona.

With their next album, Frantic City, which contained the signature songs "Let's Shake" and "Disgusteen", they handily beat the dreaded "sophomore album jinx". And perhaps more importantly, they had a deal to distribute the album nationally with Attic Records. But while the future of Teenage Head looked promising, things were about to slowly fall apart.

The tour in support of the album brought the band to The Forum at Ontario Place; and was alleged to have incited what was the first and worst full scale riots at a rock concert in Canada. According to history books, Teenage Head was responsible for the policy that banned rock concerts from that venue for at least a decade. They're still not welcome. Any opportunity to set the record straight was sabotoged by a car accident on the eve of the bands first major U.S. tour. In the early hours of the morning on an ice slicked highway, guitarist Gord Lewis broke his back, forcing them to cancel what was to be the most important tour of their careers.

As Gord convalesced, the band turned back to working the local club circuit using hired gun guitarists to fill in, but the disappointment left the band scarred and they soon succumbed to the typical demons that many bands fall victim to. Soon after Gord's return saw the release of their third album, Some Kinda Fun, which contained the classics "Let's Go To Hawaii", "Teenage Beer Drinkin' Party", and the title track. It was commercially successful but drew criticism from long time fans as slick and overproduced; a fine collection of songs but marred by Beach Boy type backing vocals.

Teenage Head was finally recognized by M.C.A. Records for their international potential and signed to a U.S. deal... but as always, the deal came with conditions. The band was forced to change their name to "Teenage Heads" and rushed into the studio to produce new product. The resulting Tornado EP was a dissapointment for both the fans and the band. Soon after the release of Live In An Endless Party and the lacklustre Fantic Romantic LP, Frankie left the band to pursue a solo career. Old friend of the band, Dave Rave stepped into the breach to front the band for another album Electric Guitar, but it soon became apparent that this incarnation of Teenage Head was missing a vital element.

In 1988, Frankie Venom's long awaited return to the band was diminished by drummer Nick Stipanitz leaving the band due to personal issues. He was replaced by Mark Lockerbie and the band eventually recorded the critically acclaimed LP Head Disorder. Soon after, the legal wrangling began as the band sought to recover royalties that had been misappropriated over the years by their long time manager; a battle that was ruled on by the courts in the bands favour.

Yet, while facing a series of overwhelming setbacks, the band refused to die. And 32 years after they got together, 3/4 of the original band joined by veteran drummer Jack Pedler, is in the final stage of restoring Teenage Head to it's former glory.

Starting with their first release in 12 years, recorded with the legend and Rock 'n Roll Hall of Fame inductee Marky Ramone on drums and Daniel Rey producing. The band continues to pack clubs with old, and new fans with performances in the spirit of the old days while their historical first album has been remastered and released on the band's own label Lobotronics (2005) Inc.

Other bands/artists have lost key members (Genesis, Pink Floyd), battled drugs and alcohol (The Rolling Stones) or had their careers temporarily held up in the courts (Elton John, Billy Joel), and survived quite well. Unlike the others though, Teenage Head never quite reached that brass ring. And unlike most that never reach that brass ring, Teenage Head are still together and legitimately working at it. Not a skeleton version exploiting the name on the hotel circuit, or as a trip through nostalgia; but as Teenage Head. A band that helped shape the music of an era and continues to be cited as a major influence on contemporary bands like The Tragically Hip. But most importantly, a band that hasn't given up. Teenage Head may never be more than local heroes ever again, but that's okay with them.

Picture My Face b/w Tearin' Me Apart (without MAPL)

Picture My Face b/w Tearin' Me Apart (with MAPL)

Top Down b/w Picture My Face

Little Girl Don't You Understand b/w Everybody Needs Somebody 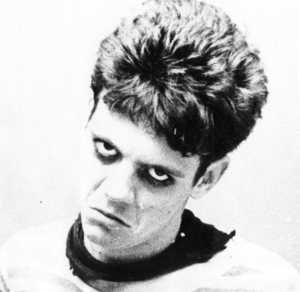 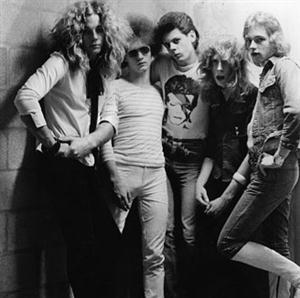