SYE formed in Toronto, Canada in the early 80's by the charismatic guitar player and singer Bernie Carlos and after releasing some demo tapes, they released their debut album in 1985 entitled "Turn on the Fire" and three years later the MAJESTIC follow up named "Wings of Change" that is definitely one of the most criminally underrated albums of all time, as it features frenzied power metal with razor sharp riffs and killer vocals.

Turn On The Fire

Turn On The Fire 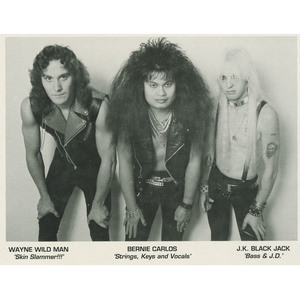