Solar Eagle is a Power/Speed Metal band from Scarborough, Ontario who formed in 1987. The band consists of 4 members: Smash on vocals, The Axe on guitar, Pinocchio on bass, and Rob Orton on drums. Smash, Pinocchio and Rob, from the Kawartha Lakes area, met The Axe in 1987 at a rehearsal hall in Scarborough and Solar Eagle was born. Solar Eagle’s self titled LP, released in 1988, featured 4 tracks including See, Dimensional Charter, Tree of Snakes, and Lost Season. Charter to Nowhere, their second album was released in 1989 and featured 6 tracks including The Initial Landing, Escape From Spirits’ Prison, Charter to Nowhere, The Unicorn, OP.89 No.5, and Chains of Gold. Solar Eagle was never signed by a record company and funded all their music independently. They own and still possess the original masters and artwork.

Solar Eagle have performed at many famous bars in the GTA including, but not limited to, Larry’s Hideaway, the Gas Works, Spanky’s, Lee’s Palace, The Diamond Club (now known as the Phoenix), and the Opera House. Just shy of making it big, this band still has a large cult following today and their Solar Eagle LP, if you can find one, is considered one of the holy grails of Canadian Metal. The guys still get together to jam and are currently working on recording some new music.

Keep an ear out for their new stuff and check out a preview of what’s to come at www.solareagle.blogspot.com. 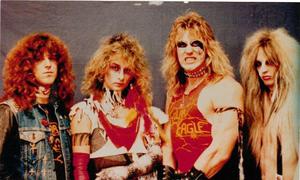 the guy on the far right wasn't an original band member, but was someone who joined just before they stopped playing. Pinocchio was never photographed during their photo shoots... some kind of weird band quirk! 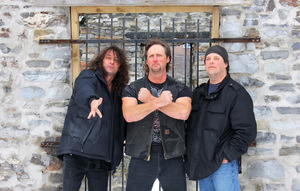 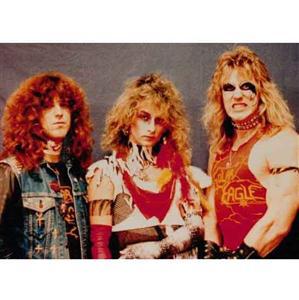