Snailhouse is the brainchild of Montreal based artist Mike Feuerstack. Gently knocking on the door of success for over 15 years now, Feuerstacks’ songs are timeless; instantly true and recognizable before they’ve even hit the chorus. The kind of artist that is always on top of the game while never shying away from his roots, Snailhouse songs are always subtlety complex and beautifully memorable. Clever wit matched with an honest delivery.

Over the course of 5 albums and an EP, Snailhouse has earned a very loyal following around the world and featured contributors as diverse and renowned as Julie Doiron, Dave Draves, Angela Desveaux, members of Arcade Fire, Wintersleep, Bell Orchestre, Maritime and The Acorn - to name a few.

Feuerstack was a founding member of art-rock band Wooden Stars, who were awarded a Juno for best alternative album for their collaboration with Julie Doiron, titled Julie Doiron and the Wooden Stars. Mike also plays in Bell Orchestre (Juno Winners, Polaris nominees) and with Angela Desveaux.

As with Snailhouse’s last record “Lies on the Prize”, Jeremy Gara (of Arcade Fire) takes a mixing and co-production role. “Lies on the Prize” was widely acclaimed (including a Polaris nomination) for its panoramic and literate musicality. May 24th will see the co-release of “Sentimental Gentleman” on White Whale Records, Halifax’s Forward Music and Germany’s Mi Amante Records.

“The lyrics on their own are lovely but they attain sublime status due to how the music envelops and caresses them, framing them perfectly. … add in the weeping strings, the plaintive guitar and Feuerstack’s pining voice and you’ve got perfection. Forget lies, the hidden truth makes this music the real winner.” - EXCLAIM!

“Steering clear of any arena bluster or faddish gimmicks, Feuerstack finds a stealthy way to give ’er like a cream-of-the crop singer-songwriter. His pretty and poignant songs about the (somewhat) simple things—love, homesickness, the sun—flow with ease, bolstered by the subtlest of strings and horns and keys” - MONTREAL MIRROR

“As befits such a talented and unpredictable guitarist, Feuerstack – who played most of the instruments himself, with drum, keyboard, recording and mixing assistance from Arcade Fire’s Jeremy Gara – doesn’t use going a bit “pop” as an excuse to simplify his arrangements or the instrumentation. Nearly every tune has a few weird angles and shady corners to ponder in the weeks and, in all likelihood, months to come. Now more than ever, Snailhouse would appear ready for its spotlight.” - THE STAR

“Feuerstack lives in the songs of Snailhouse. Songs that detail life’s failing and triumphs in the most delightful way. Songs that reflect the ever-evolving project of a kind, gentle and funny artist not content to play it safe.” - OTTAWA SUN

The Opposite is Also True

Lies On The Prize 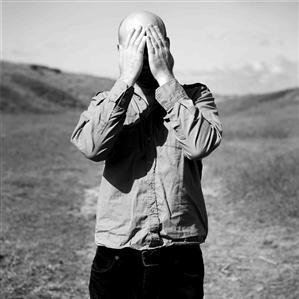