Jack Scott is a legendary musician and a master at moving seamlessly between genres. Scott has more US singles in a shorter period of time than any other recording artist other than The Beatles, most of which he composed himself.

Born on January 24, 1936, in Windsor, Ontario, Jack Scott was originally named Giovanni Scafone Jr. He descends from Italian-American parents and is the eldest of seven children. At the age of ten, Scott moved with his family to Hazel Park, a suburb of Detroit. Although it was in Detroit that Jack Scott launched his musical career, he spent his formative years in Canada, which still holds a place in his heart.

At the age of eighteen, Scott formed a band called the Southern Drifters. Playing and recording with them brought Scott to the attention of ABC-Paramount Records who, in 1957, signed him as a solo artist to their label. Under ABC he released two singles with minimal success. Upon release from ABC, Scott signed with Carlton Records. In 1958, he released his double-sided single Leroy and My True Love. Leroy reached #25 on the US charts and My True Love reached #3. The double-sided single and What in the World’s Come Over You sold over one million copies.

Scott continued to record with success, but it was in 1959, with his song Goodbye Baby that he achieved great popularity, reaching #8 on the charts. It was in this same year that Scott was drafted into the Army. Upon discharge from the Army, he was back to the music business with the release of The Way I Walk. Later that year Scott had another Top Ten hit on the US Charts, the #3 single Burning Bridges written by Walter Scott.

Scott was a regular on The Beechnut Show and American Bandstand, both hosted by Dick Clark. Besides having a voice that transcended genre, Scott also wrote the majority of the songs he recorded. However, being a huge Hank Williams fan, he did record an album of songs written by Williams in 1960. Scott was inducted into The Michigan Country Hall of Fame in 2004 and The Rockabilly Hall of Fame in Jackson, TN in 2006. Scott’s music has been featured in the films ’Natural Born Killers’ and ‘Diner’.

Cover artists include: Sonny James, Tom Jones, Wanda Jackson with What in the World’s Come Over You and Eddie Arnold. The Cramps and Robert Gordon also covered The Way I Walk.

What in the World's Come Over You

What Am I Living For

What in the World's Come Over You

The Spirit Moves Me (with the Fabulous Chantones)

What Am I Living For

Live at the Edge

Baby, She's Gone b/w You Can Bet Your Bottom Dollar

Geraldine b/w With Your Love

What In The World's Come Over You b/w Baby Baby

Is There Something On Your Mind b/w Found a Woman 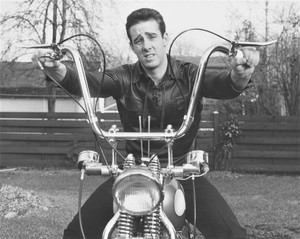 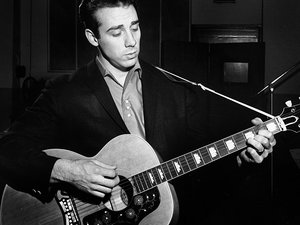 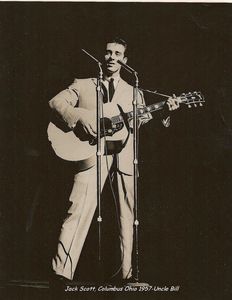 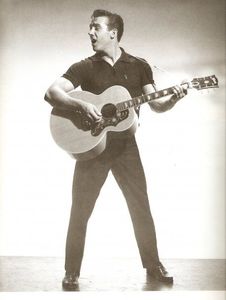 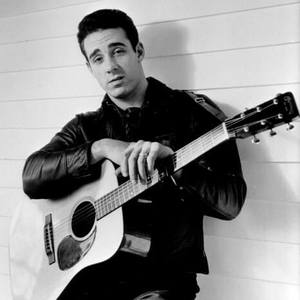