Ryan’s Fancy was a conglomeration of three Irish emigrants to Canada, that rose out of the folk music scene of the late 1960's. Denis Ryan, Fergus O’Byrne, and Dermot O’Reilly, had met and played together as members of various musical incarnations (most notably Sullivan’s Gypsies and Sons Of Erin) before finally taking the stage as a trio in 1971 as Ryan’s Fancy.
After relocating from Toronto to St. John’s to attend university the group became popular on the local music scene and regular performers at the Strand Lounge. Shortly after meeting CBC television producer Jack Kellum the trio became stars of there own national TV series and traveled throughout Atlantic Canada highlighting the areas rich cultural and musical heritage.

In 1983 after many successful recordings and a long run on television the three members of Ryan’s Fancy decided to disband in favour of individual pursuits but their effect on the Atlantic Canadian music scene resounds strong to this day. The current popularity of East Coast music owes a lot to the achievements of Ryan’s Fancy.

I Followed Her Into the West b/w Reels (promo)

An Irish Night at the Black Knight Lounge

Dance Around this One

Songs from the Shows

I Followed Her Into the West b/w Reels (promo) 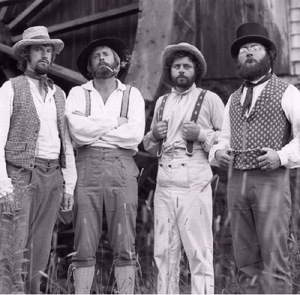