Teenage friends Brian Allen and Ron Glatley played in various bands in the Barrie, Ontario region throughout the mid-70s. As a core line-up solidified with Lalonde, they became Rose. In a fateful meeting with Ronnie Hawkins during a Toronto show, Hawkins' manager Milt Brodie took them under his wing.

While paying the bills as a cover band on the Southern, Ontario circuit they began demoing original songs at Toronto's Eastern Sound. Lalonde, who was on hiatus, returned with drummer Ken King and the demos landed them a deal with GAS Records in 1973.

Producer John Stewart (Deep Purple, Jon Lord) worked on the band's debut album, 'Hooked On A Rose', which was released later in 1973 featuring the single "All I Really Need". Despite getting the band distribution in the US with Kama Sutra Records, GAS Records ultimately folded but not before the band managed to wrangle the rights to the album back allowing them to sell the LPs themselves.

They continued honing their original songs at Eastern Sound, breaking in Rochester, New York native James Fox (drums) and winning over audiences on the club circuit. After shopping their demos extensively they finally signed a deal with Polydor in the fall of 1976.

Their sophomore album, 'A Taste Of Neptune', was produced by Fraser Kaufman and Rose at Phase One Studio in Scarborough, Ontario. The album was released in early 1977. Moderate sales and the release of the single "Aquarian", allowed the band to tour across Canada for most of 1977.

Immediately after coming off the road in the Fall of 1977, the band returned to the studio with Fraser Kaufman to polish up song ideas lingering from the previous records. Pressure from Polydor to produce a hit led to a duet between Brian Allen and Annie Woods (Sass/Gambler) to sweeten the first single called "Johnny Law". The album was well received but a lack-lustre showing at radio for "Johnny Law" and Polydor's failure to get them distribution stateside led to the band being dropped following another national tour in early 1978.

Allen and Fox called up Annie Woods (who had changed her name to Holly), and Fox's former Rochester musician friends Nick Costello and Scott Kreyer, plus Allen's girlfriend guitarist Sheron Alton and formed Toronto who would sweep the Canadian charts from 1980-1984; Lalonde made a brief appearance as a member of Toronto before joining Honeymoon Suite; Allen became A & R director for Attic Records and would also produce such acts as Lee Aaron, Haywire, The Nylons & Zappacosta. He now runs AMPLUS Productions.

Hooked on a Rose

A Taste of Neptune

Hooked on a Rose

A Taste of Neptune

Aquarian b/w Yet it Follows Me Still 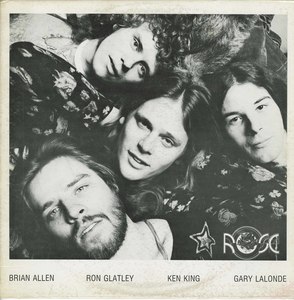